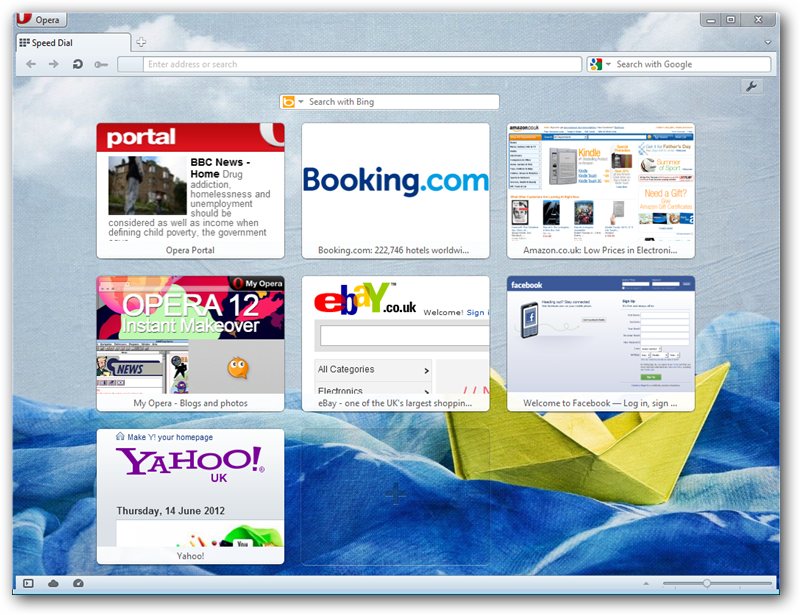 The days when major browser updates were few and far between are over. Nowadays, it’s de rigeur for browser manufacturers to speed up development, which means opening up less stable builds to the masses in order to get them bug-checked as quickly as possible.

It may only enjoy a fraction of the market share afforded to rival web browsers, but Opera is by no means a poor relation to the likes of Chrome, Firefox, Safari and Internet Explorer. In many ways it’s been a pioneer – Opera was the first major browser to use tabs and provide a speed dial for its home page, and it has always been one of the quickest browsers out there thanks to a lightweight footprint, something its rivals are only now starting to embrace. Another unique feature is a built-in mail client enabling you to combine browsing and email in one application.

Opera isn’t afraid to utilise the best bits of other browsers either – version 11 saw the debut of a slimmed down user interface pioneered by Chrome and also copied by IE9 and Firefox 4. It also brought third-party extensions to the table for the first time, along with a handy bookmarks bar.

But if Opera is to maintain its image as a true web pioneer, it can’t afford to sit still.

Note that this is the 64-bit version of the legacy Opera 12.

Opera 12 is faster than ever and it's good to see that the developers spend time creating a worthy upgrade, rather than scheduling minor updates every 6 weeks, like their competitors.

What I know, and has been confirmed on the Desktop Team blog, is that something has messed up the ability to use the 64-bit version of this to access Hotmail and GMail accounts. The screen sits blank when the address is selected.

This looks to be more code from the current programming team which is released not fully debugged, and far too hastily.

Fortunately, if you have a copy of 12.15 to go back to, all will once again be well.

Marc, we've added the changelog information to the article (when we added the 12.16 update) - you can see above! One change.