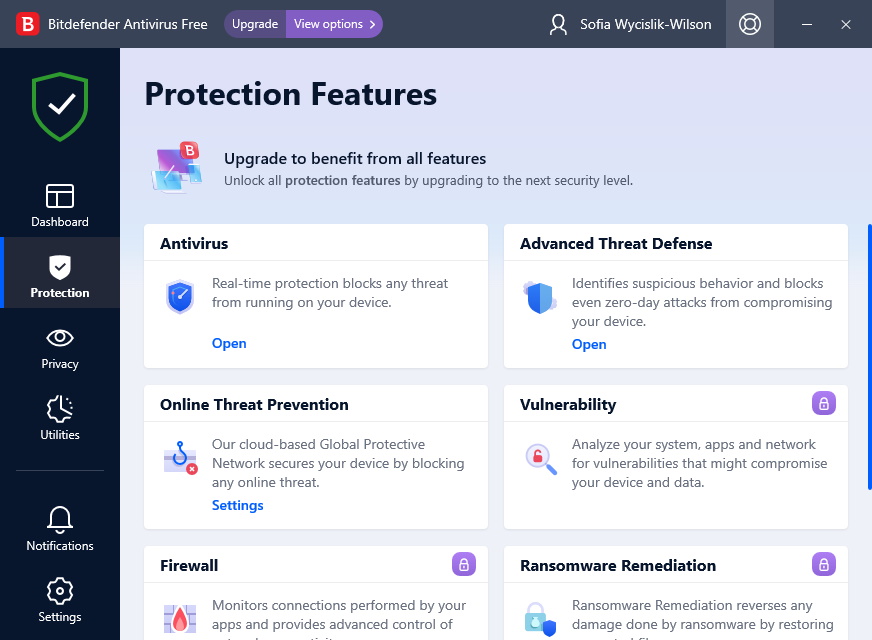 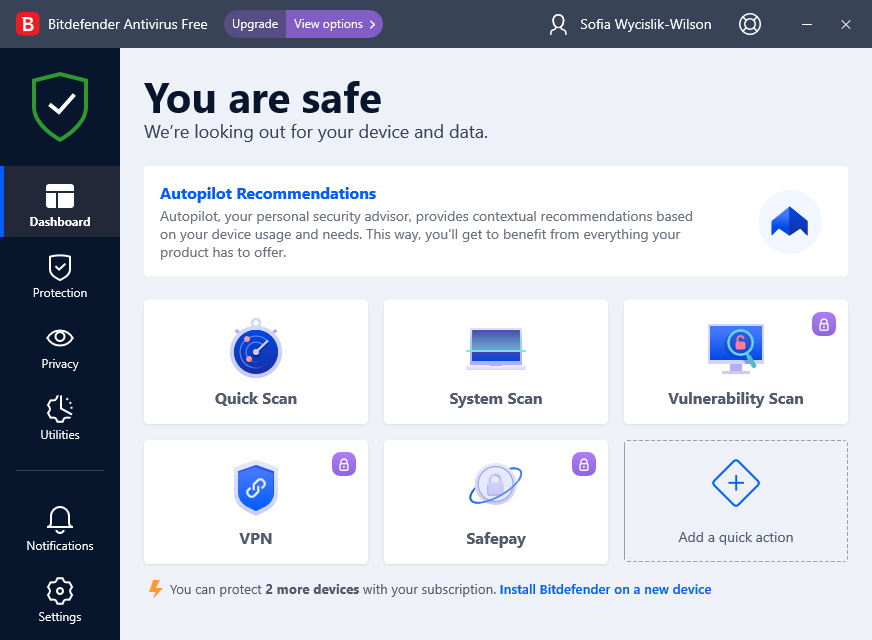 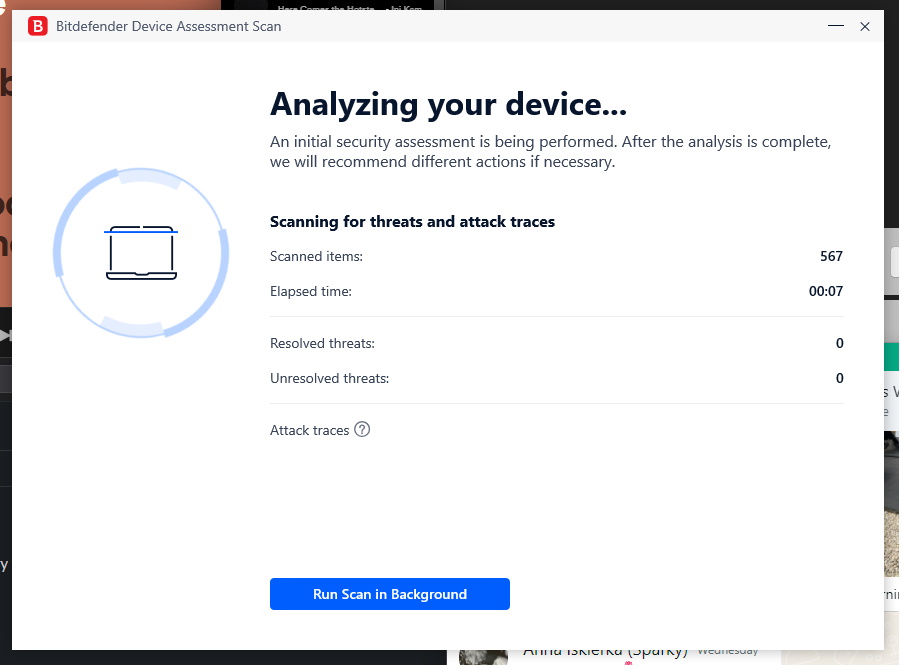 Bitdefender Antivirus Free Edition is an unusually straightforward malware hunter which keeps all complexities to the absolute minimum.

The program doesn't require any configuration, for instance. There's no desktop gadget to manage, and you won't be hassled with security alerts. Instead, the program simply checks files as you access them, runs occasional system scans when your PC is idle, and cleans up any infections all on its own. You can also scan files and folders on demand by right-clicking them and choosing "Scan with Bitdefender", but that's about it.

Bitdefender Antivirus Free Edition does have a basic interface available, if you need it - but we do mean "basic". Click its system tray icon and you'll find you can turn the real-time protection or automatic scanning system off, while other buttons display system logs or help you access your "My Bitdefender" account (if you have one). But, again, there's nothing complicated or difficult, and perhaps 30 seconds of browsing will show you everything there is to see.

We have one or two small concerns about the program. It protested about being installed alongside an "incompatible" product (Norton Internet Security), for example. Everything still seemed to work just fine, but we'd expect Bitdefender Antivirus Free to be installed as a second line of defence, not a primary antivirus tool, so it really needs to run happily alongside just about everything else around.

And, for some reason, we found the program's status was displayed as "Updating..." almost all the time. Maybe it was just taking its time, being careful to use minimal bandwidth, but this still became a little worrying after a while.

At its core, though, Bitdefender Antivirus Free looks very promising: the program provides a good basic level of protection, yet remains exceptionally easy to use.

Problems
26 September 2013 12:29, Allen
I used Bitdefender Free for about an year. Had 2 problems with it. 1) After up date it stop working on all my computers had to re-install. 2) The major problem I had was that after updating ALL my computers with win 7 had problems connecting to the internet. I deleted my firewall and other software that I thought was the cause. After going through finding the cause. It turned out to be Bitdefender Free. Now I just went out and paid for Kaspersky and I have not had a problem!
Simplicity
30 August 2013 20:42, N^2
Easy to set up and non intrusive. Not sure how capable it is as a standalone av-program, but then I have other security utilities like Windows Firewall, a VPN and an Antilogger running simultaneously, and so far, no issues.
Related Downloads Other Downloads From This Category

Keep your PC safe from malware with Avira's latest release

Manage all your web passwords in one place

Quickly detect and remove malicious processes (and a few others, probably)