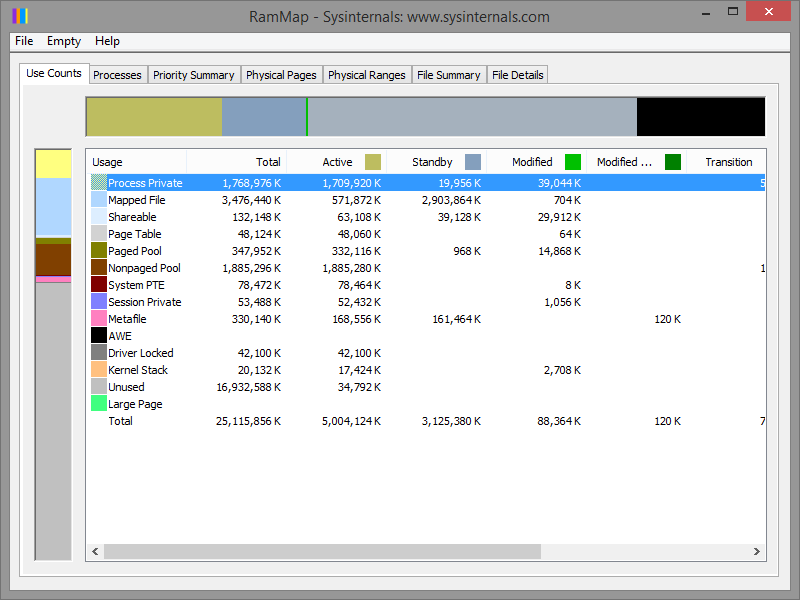 Dump the contents of RAM to a file in a click