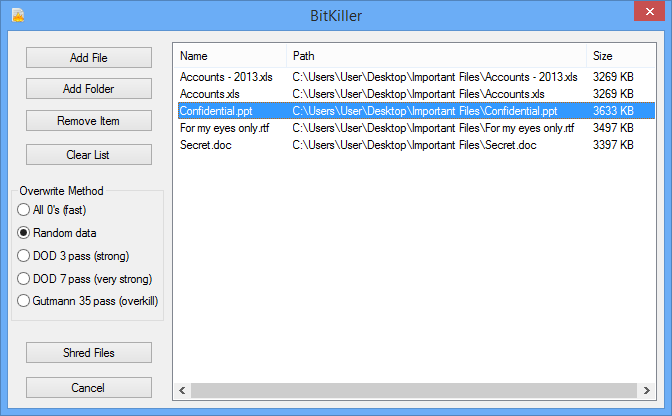 BitKiller is a small, portable and easy-to-use tool which will quickly wipe confidential data, ensuring that it can't be recovered later.

The program is very, very simple. It arrives as a tiny 32KB download. Unzip it, and you get a single 44KB executable. And the pared-back interface has no toolbars, no menus, no fancy graphics: everything you need is accessible from a few buttons.

This doesn't mean the program is totally lacking in features, of course. You can drag and drop files or folders onto it; there's support for five overwrite methods (zeros, random data, DOD 3 pass, DOD 7 pass, Gutmann 35 pass); and the underlying deletion steps work well (files are renamed before wiping to reduce the chance of information disclosure, for example).

More functionality would still be welcome. In particular, we'd like the option to wipe free space. But otherwise BitKiller is a straightforward tool which does a great job of protecting your privacy.

Version 2.0 brings:
* A "Cancel" button has been added so that file shredding can be stopped mid-process.
* The progress bar has been vastly improved, so that it now portrays how many overwrites the program has performed, rather than how many files it has deleted.
* Buffers are now allocated on the stack rather than the heap. BitKiller runs faster as a result.
* BitKiller now requires less RAM to operate.

It's not the most powerful of shredders, but BitKiller handles the core basics well, and it's exceptionally easy to use

Ensure that the files you delete stay deleted

Protect your privacy by securely deleting files with this portable app 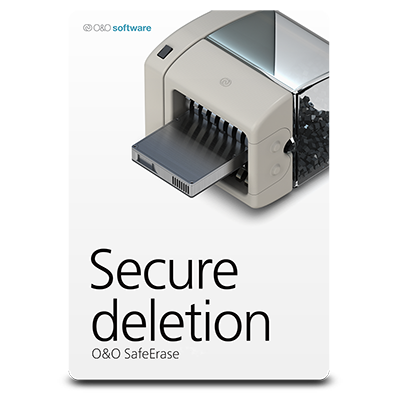