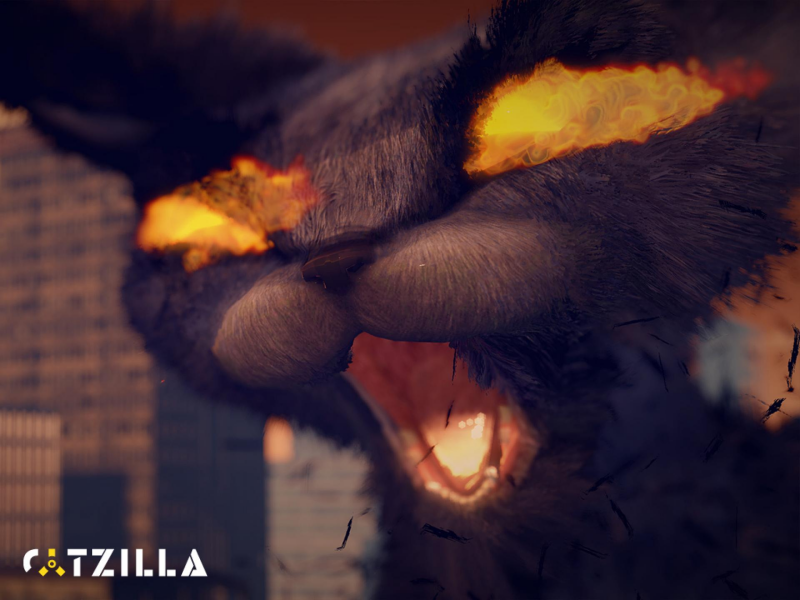 Catzilla is a powerful benchmark which tests your PC's graphics performance, ranks your system against others, and helps you figure out whether your computer will be able to play particular games.

While this might sound complex, you don't need to be a graphics guru to use Catzilla. Just launch it, choose a test resolution (only 576p is available initially), then watch the chaos as giant cats create havoc across a city. The program renders everything you see in real time, measuring its performance, then presents you with a detailed report on its findings.

The "Results" tab lists your scores for the various tests: Hardware, Physics, Fur, Fluid and Raymarch. To put that in perspective, a "Top Benchmarks" table ranks your overall score against other Catzilla users (our test system came an unimpressive 618th).

Knowing that your PC has scored "11,375" doesn't mean much, of course, so Catzilla also gives your system a badge, ranging from a one star "Kitty" (amazingly feeble) to a three star Catzilla (a total gaming powerhouse). Click Test > Check Game, choose a game from the list, and you'll see the rating you need to run it properly. Pro Evolution Soccer 2014 requires a one star Tiger, for instance, but our test system was a two star Tiger, so should be able to handle it without difficulty.

The program also lists some factors which might influence your system scores (graphics driver, virtual memory settings, memory load, and more), perhaps helping you to improve them.

If you like Catzilla then you can enable the 720p test by registering for free (click Upgrade > Register). And there are three commercial versions - Basic, Advanced and Professional - which enable higher resolution tests, give more performance recommendations and add more scoring options (you can record your scores, send them to Facebook and more). Prices start at $1.49 and the Upgrade screen will tell you more.