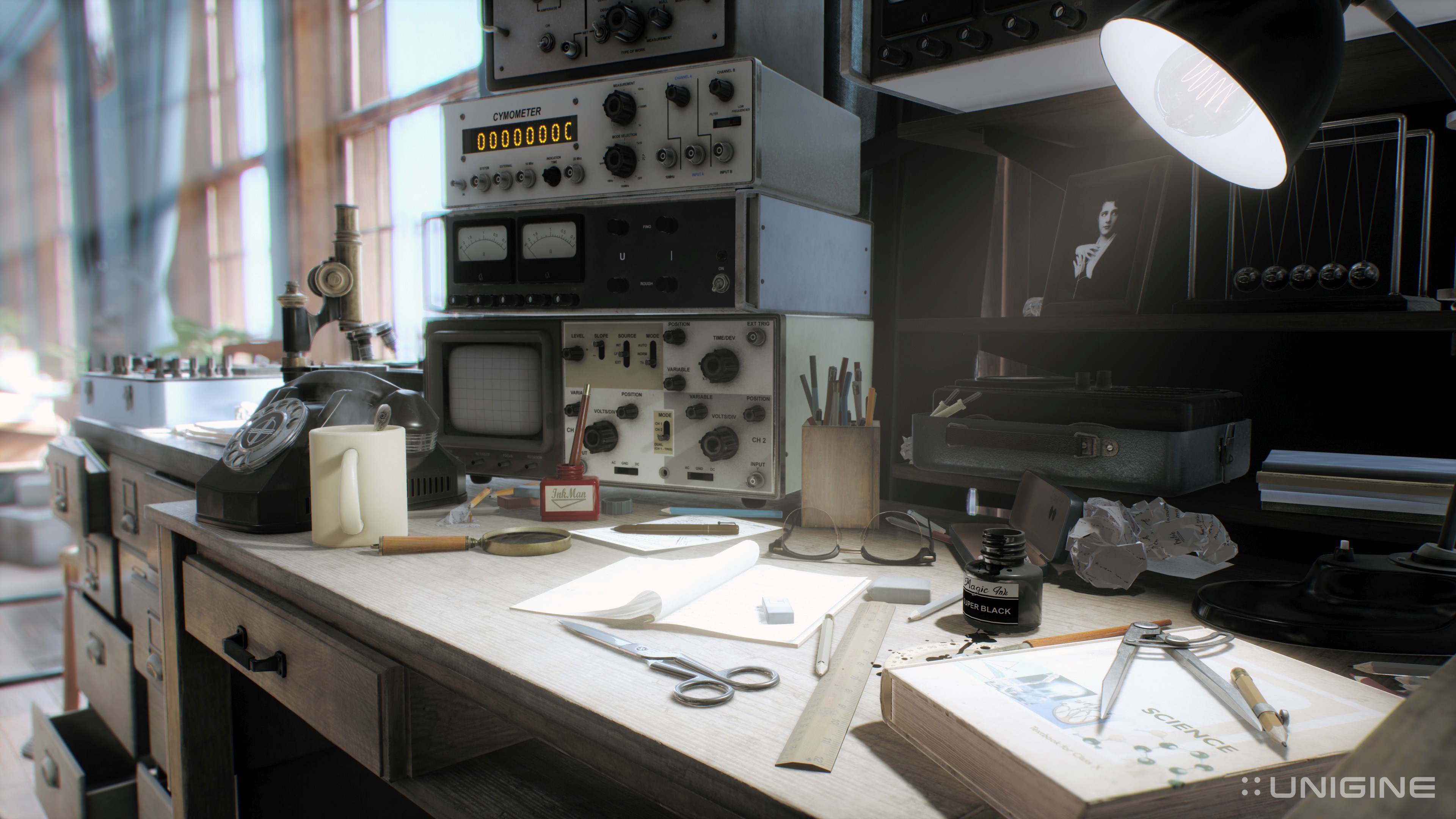 Unigine Superposition Benchmark is a powerful GPU stress-tester for Windows and Linux.

Choose the Benchmark option and you'll get to look around the classroom. The UNIGINE 2 Engine delivers great visuals, starting with the tiny details (smoke rising from a cigarette) and going on to show objects thrown around the room by the blast. There's a YouTube video of the benchmark here.

On completion you get a score and assorted stats on your system performance: minimum, maximum and average frames per second, minimum and maximum GPU temperature and GPU utilization.

You're able to run the scene with OpenGL or DirectX or tweak the resolution, right up to 8K.

A "Game" mode places you in the scene and enables exploring the area, and interacting with various objects (there are "over 900" to find, apparently).

There's also VR support for Oculus Rift and HTC Vive on Windows, although this is only accessible if you upgrade to the Advanced edition. That's $19.95. but does also get you more customisable testing, the ability to submit your benchmarks to global leaderboards and an online benchmarking history to track your progress.

Please note, the installer is more than 1GB in size and download speeds aren't great. Be patient, it could take a while for the file to arrive.

Unigine Superposition Benchmark has amazing visuals, and some handy extras in GPU temperature monitoring and reporting. Worth a look if you're interested in benchmarks or graphics and happy to wait for the 1GB+ download.

Record movies of you playing your favourite games