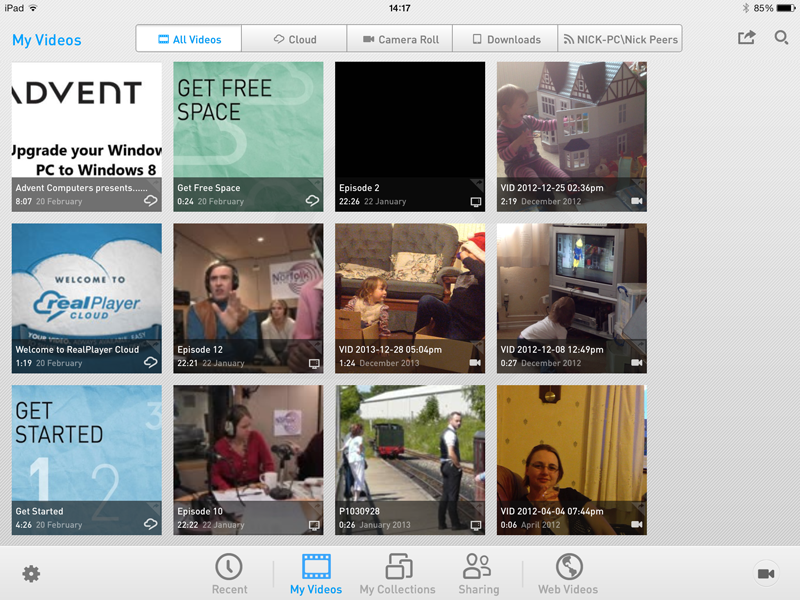 The mobile app is primarily designed to let you stream content from your RealPlayer Cloud account, and although a little "soft" when rendering HD movies, is fast and responsive across the board. However, it also gives you access to locally stored video, both on your mobile and any PCs running RealPlayer Cloud too. Not only can you stream from your PC, you can transfer video via Wi-Fi for offline access later for good measure.

Online video can be further organised into handy collections, and you can also share video with others as well as access videos shared in return from the app. A Web videos button also lets you watch web-hosted video as well as access video shared by your Facebook friends (you’ll obviously need to connect to Facebook to use this feature if you’re not already logging into your Real account via the social service).

View, organise, tag and generally get your MP3 collection in order with this powerful toolkit