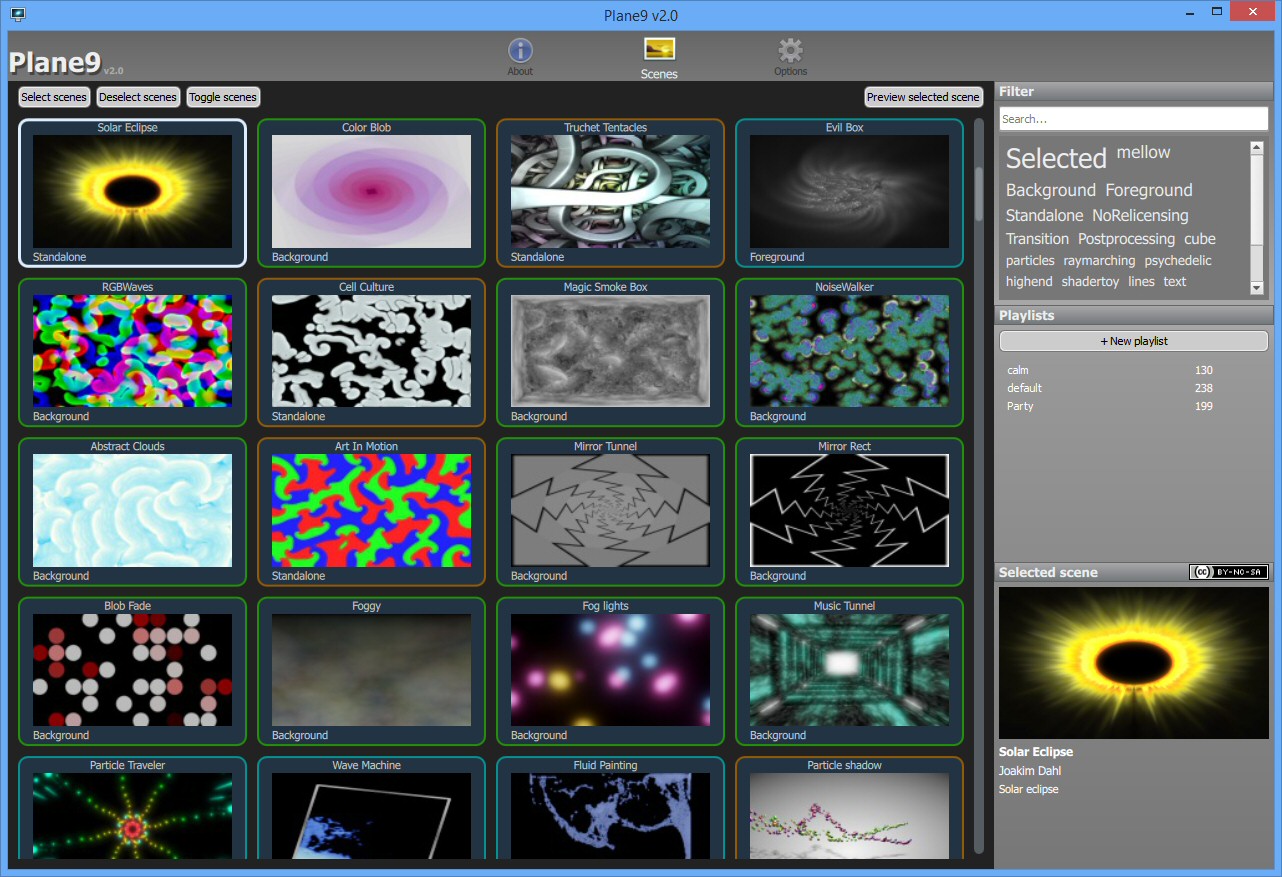 Plane9 is a versatile music visualiser which also works well as a Windows screensaver.

If you're bored with your audio player's own visualiser (or it doesn't have one) then Plane9 gives you instant access to 260+ custom "scenes": simple spectrums, galaxy-type swirls, spinning cubes, raindrops, smoke, fire, even some text and cartoon-type effects.

Plane9 doesn't stop there. Once you've discovered the scenes you like, you're able to combine them in a playlist, set up a minimum time for each one, maybe allow transition effects between the two: there are lots of possibilities. (This YouTube video gives you some idea, although it's only one example: if you'd prefer something more laid back, say, that's just as easy to arrange.)

Plane9 can be run as a WinAmp or Windows Media Player plugin, instantly adding itself as a new music visualiser.

Alternatively, the program can be used as a sound-sensitive screensaver (or run as a window) where it'll react to whatever you're playing in any other media player.

Plane9's scenes vary considerably in quality, but there are plenty of great examples, and it works well both as a music visualiser and a customisable screensaver.