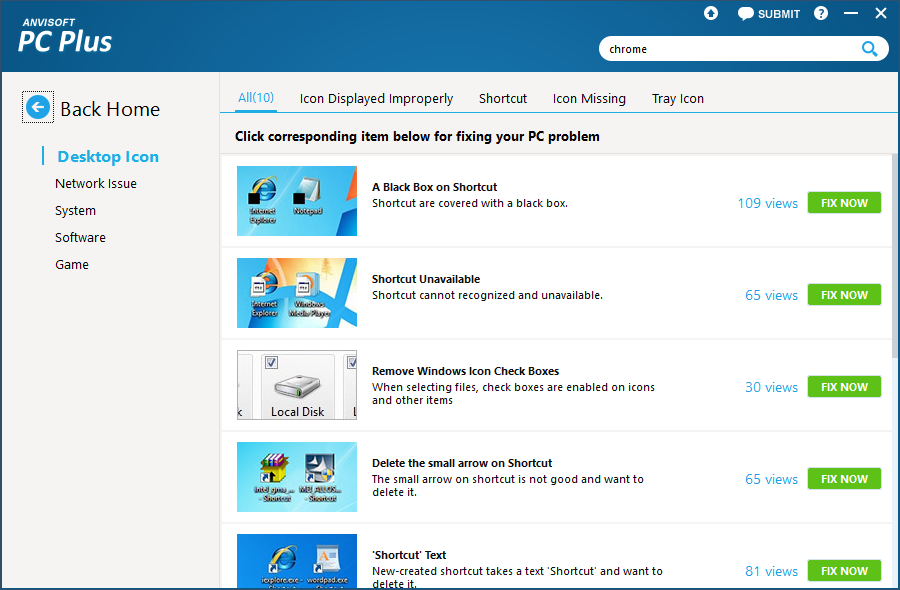 Anvisoft PC Plus is a simple tool which provides one-click solutions for 30 common PC problems.

There's nothing too surprising here, and Windows experts - or anyone else who's used similar tools before - will recognise many fixes. They include the inability to run Task Manager or REGEDIT, for example, which can happen if you were once infected by malware, but sure enough the program can resolve these problems with a click.

What you don't get is any real intelligence, or control over the fixes. You will always see the same "Registry Editor is disabled" issue, for instance, even if that particular policy isn't set on your PC. Whatever fix you apply appears to run the same canned tweaks, without telling you what they are, or giving you any opportunity to adjust them. And PC Plus doesn't create system restore points, either, so if you need to undo its actions, you're on your own.

Oddly, the program home page also appears to list fixes which don't appear elsewhere. As we write there are items like "Wireless network issue", "Chrome crashed" and "Skype installation error", for example, but those sections don't include any obvious related tweaks.

Anvisoft PC Plus is aimed at the total PC novice, and its one-click approach does make it easy to resolve a few problems. Right now the program is poorly presented, though, with only a few fixes included, and an inadequate English translation. We expect most of this will be fixed at speed, but at the moment it's hard to recommend.