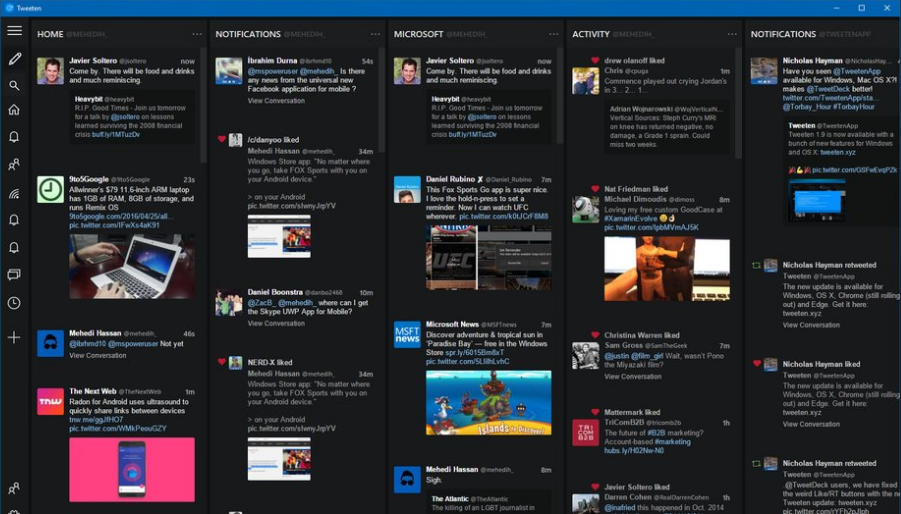 TweetDeck was once a successful Twitter client which ran almost everywhere, but then Twitter bought it, and the stand-alone apps have gradually been killed off in favour of the web client.

Tweeten is a new client which aims to bring the TweetDeck experience back to your system, via clients for Windows, OS X, Chrome and Edge.

There are also lots of visual tweaks and design changes (the developer's key claim is that Tweeten "makes TweetDeck prettier").

Plus, you also get the benefits of using a client app, rather than a browser, like smarter keyboard shortcuts and "minimise to tray".

Tweeten's interface can take time to master, but if you're a TweetDeck fan, or need its extreme configurability, the program should appeal.