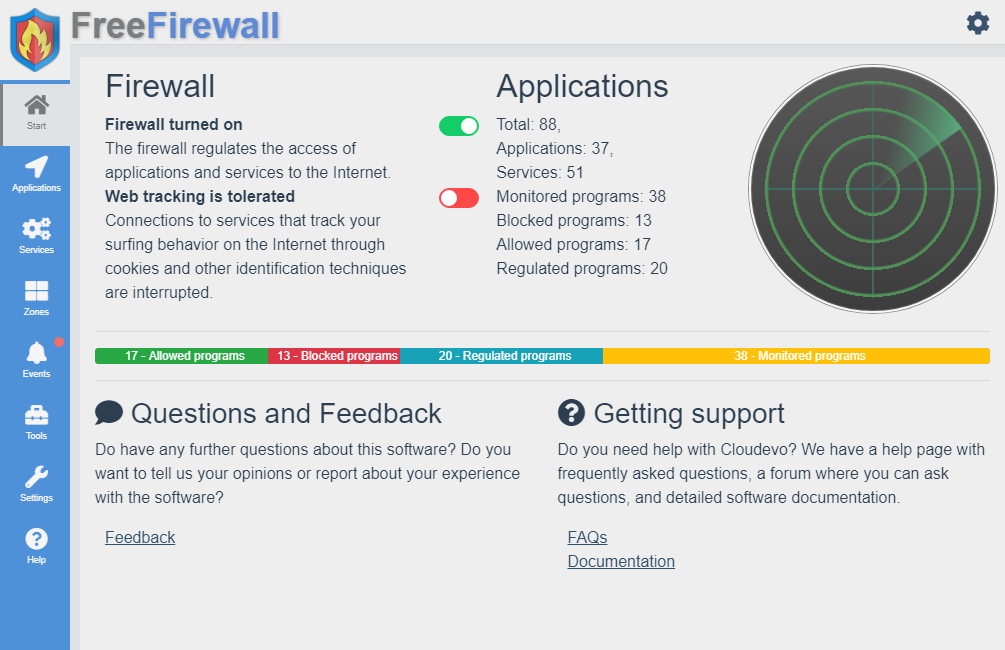 Windows ships with a powerful firewall which will help protect your system from outside intrusion. People trying to exploit your system for loopholes to gain access, often silently.

Most people keep their system firewall switched on by default, then leave it running, often alongside the firewall within the security suite. You don't need both running, but you could make better use of your system firewall if you have a tool to configure the options.

Free Firewall is a wrapper for the system firewall which offers far more configurability and the option to monitor what's going on behind the scenes with your network. On a basic level, it will protect against outside threats, but you can also configure what has access to your system from the outside. You can quickly and easily give or prevent access to applications wanting to use your network and even see the processes that are running behind the scenes 'talking' to the outside.

Within Free Firewall, filter based on file concept, zones rules, address range, create rules based on domains and much more.

Version 2.6.0 is a minor update (see development changelog for more):

- Big UI changes.
- Windows kernel can now be released for network traffic.
- Process monitor can be configured.
- Changes to the firewall rules are sometimes not adopted.
- Applications launched from a network path could not be shared.

Password-protect and hide private documents on your computer

Easily allow/ block any program from the Windows firewall

Protect your PC from hackers, malware and more