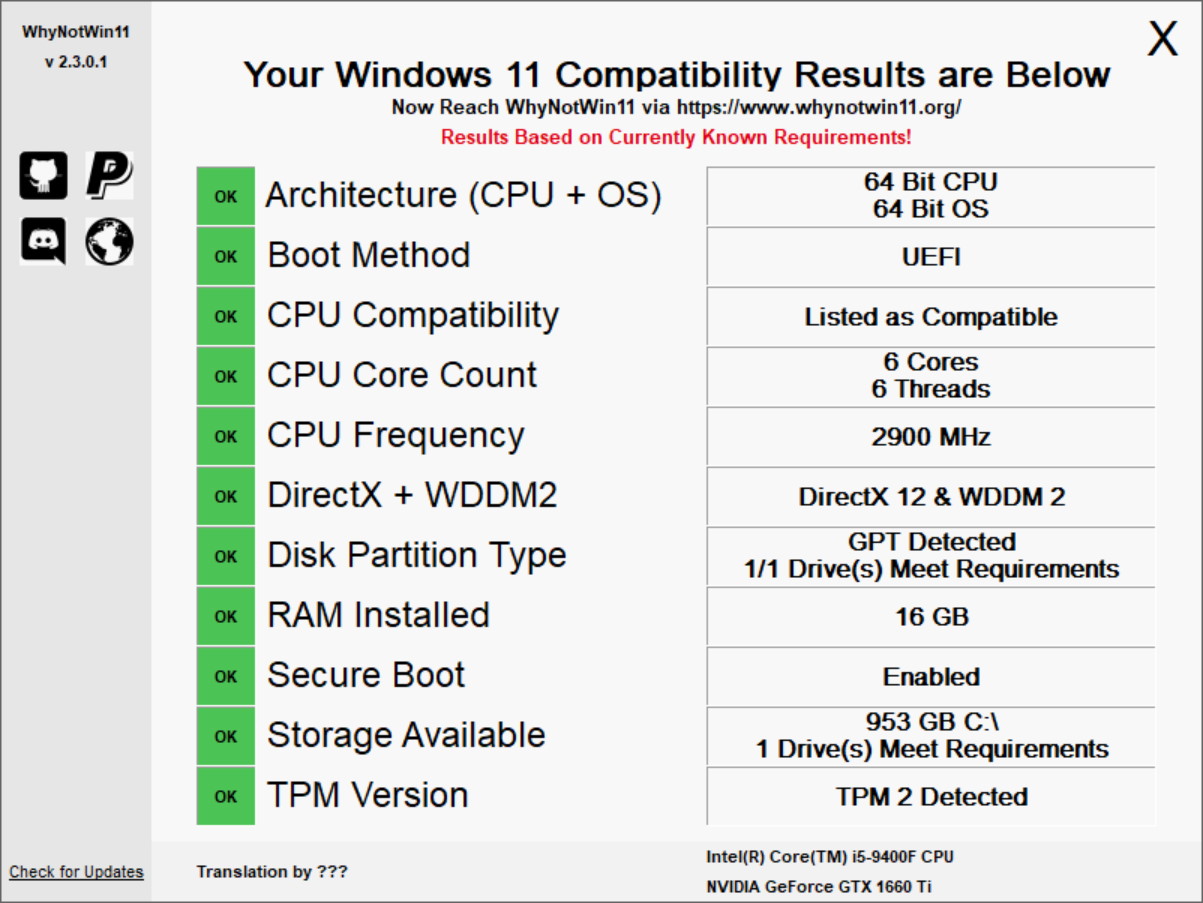 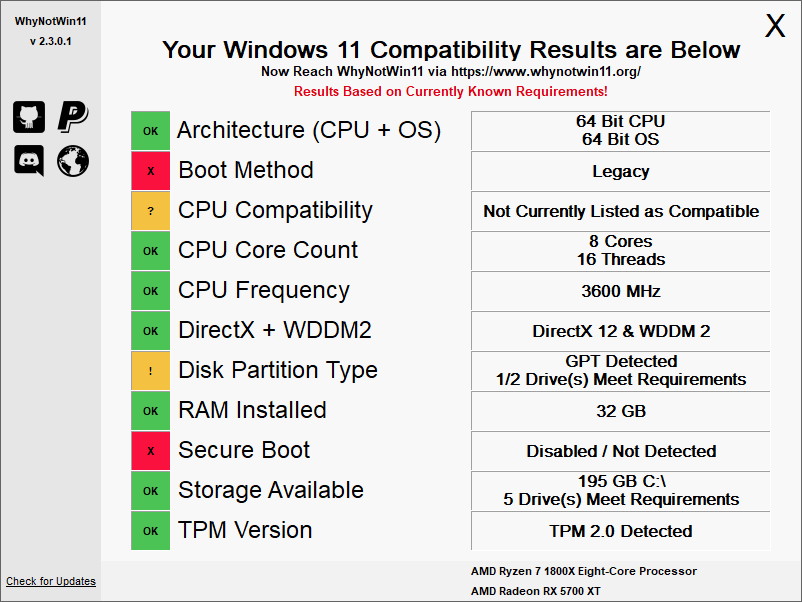 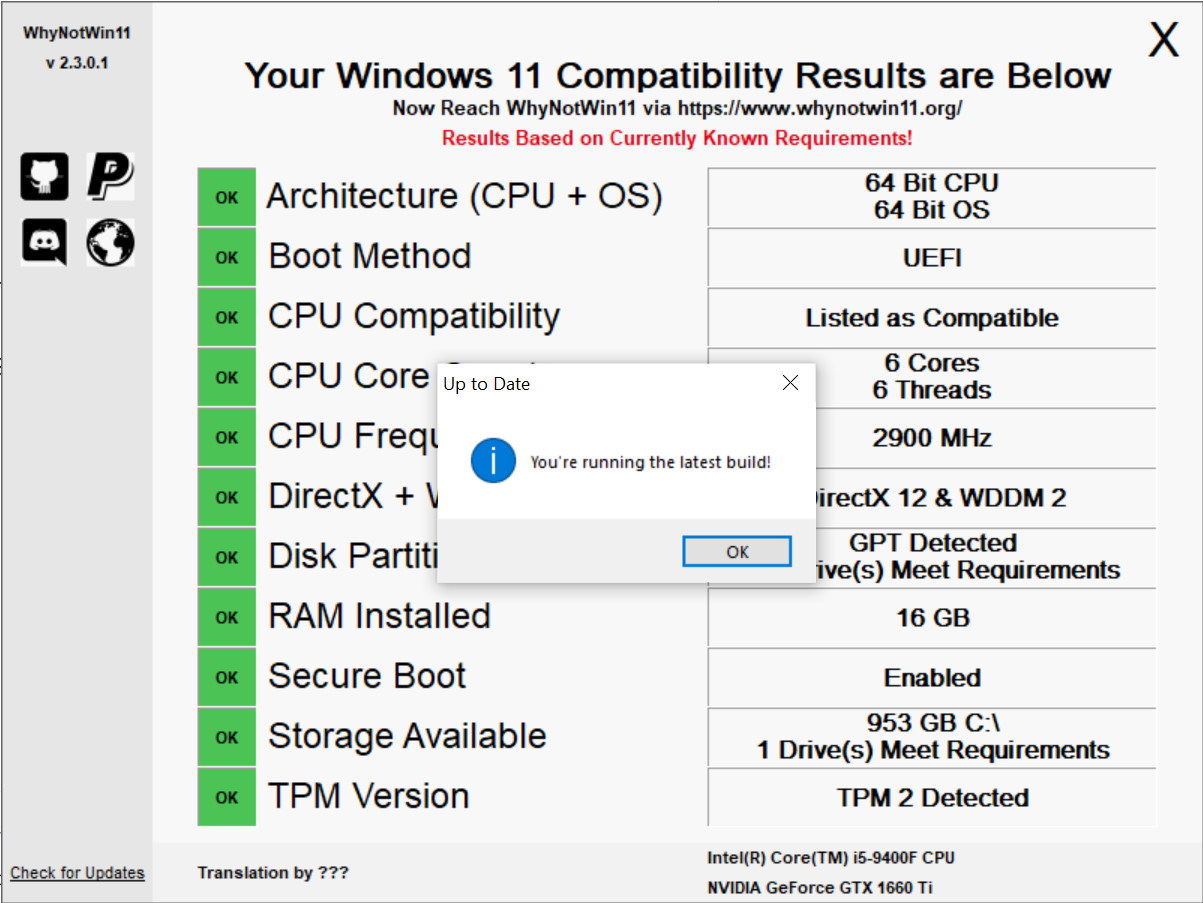 Ever since Microsoft announced Windows 11, there have been questions and confusion about hardware requirements and minimum system specifications. In particular, the requirement for TPM 2.0 has left many people scratching their heads.

Microsoft released a tool of its own that let people check whether their computer was up to the task of running Windows 11, and while it did the job of giving a yes or no, it was not particularly helpful in explaining where systems were failing when the answer was no.

And so numerous alternative system  checkers sprang into being, and WhyNotWin11 is just one of them. It is a very simple tool that works in much the same way as Microsoft's own, but it gives rather more helpful information.

It is a portable app that does not need installation, but when you run it, you will need to do so as an administrator. Having done so, the tool will automatically scan and analyse your system, and let you know very quickly about compatibility. Rather than just a simple yes or know, WhyNotWin11 breaks down the different hardware requirements so you can see very clearly where your computer passes and where it fails.

All being well, you will be given the all clear, but if you are told that your computer is not quite up to the job, at least you will know which components you need to think about upgrading.

A better tool that the one produced by Microsoft, WhyNotWin11 answers the question so many people are asking themselves – "does my computer support Windows 11?". The software is simple, it does the job, and it provides you with the information you need in an easily understood format. Yu may not – necessarily – get the answer you were hoping for, but at least you will know about your ability to run Windows 11.

Skip the queue and get Windows 11 installed on your PC today.

Check to see if your computer can run Windows 11

Find out whether your computer can run Windows 11

Configure your Microsoft mouse and keyboard for Windows 8