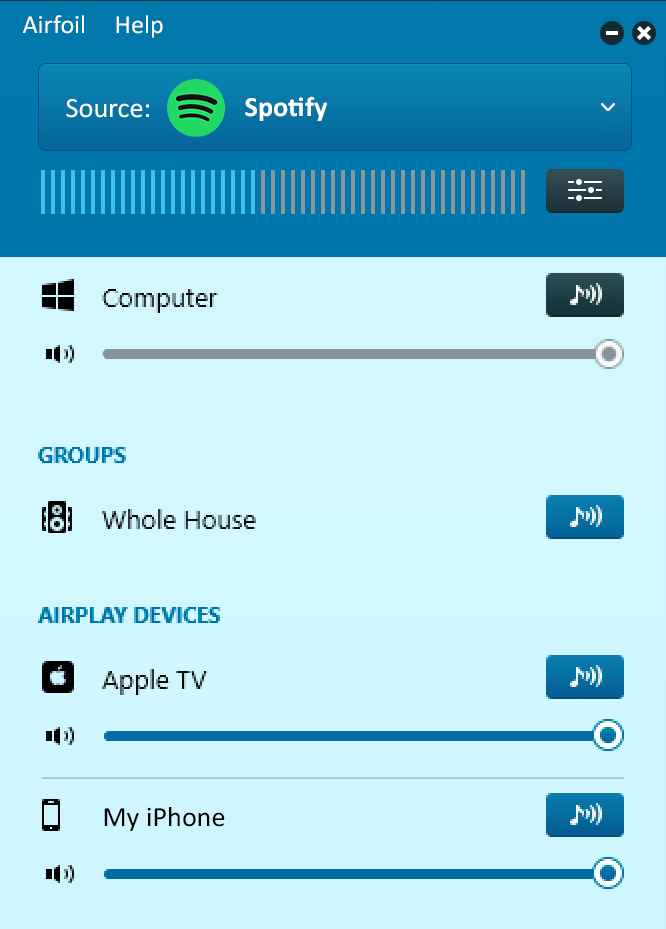 Build 5.6 is a major update (see changelog for more):

- Major Enhancement: Capturing audio from the Windows Store versions of Spotify, Groove, and iHeartRadio should now work as expected, thanks to necessary special-casing for these apps.
- Critical Bug Fix: Full compatibility with Windows 7 has been restored.
- Critical Bug Fix: Audio capture from physical input devices should once again work without any distortion.
- Bug Fix: An issue where audio captured from Spotify could stutter has been corrected.
- Bug Fix: Several other small fixes, corrections, and improvements have been made.
- Other: User Survey statistics have been fixed to correctly report platform data.