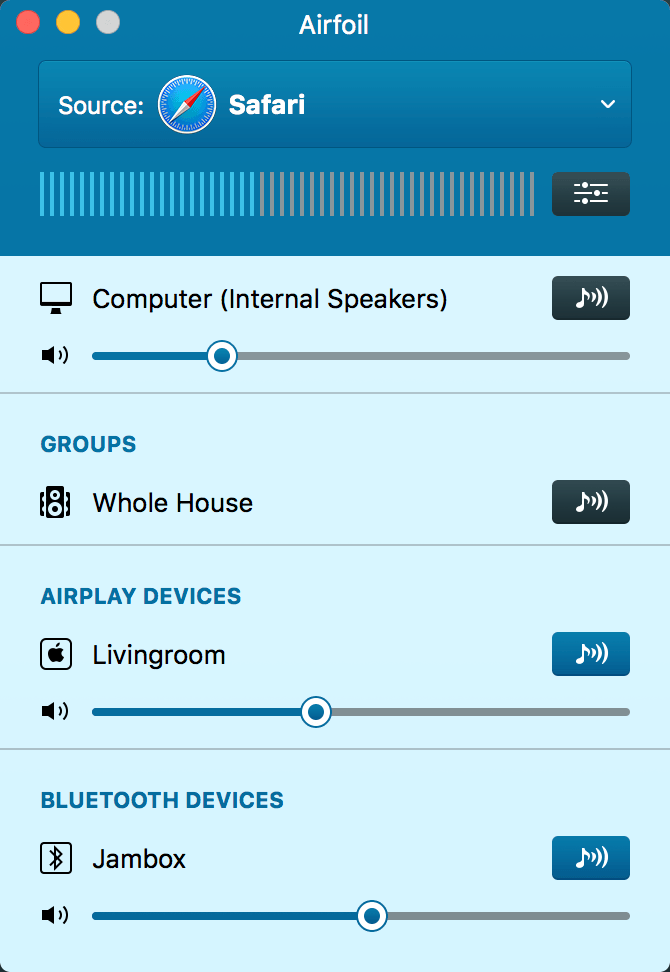 Build 5.8 is a minor update (see changelog for more):

- Major Enhancement: Airfoil now supports streaming to Sonos's AirPlay compatible devices, including the Sonos One, Beam, Playbase, and the second generation Play:5!
- Additional third-party AirPlay devices from Denon, Libratone, Marantz, and more are due later in 2018, and we expect that they will be compatible with Airfoil as well.
- Enhancement: Audio capture from the “Safari Technology Preview” app is now fully supported.
- Enhancement: Device artwork for several output devices has been improved.
- Enhancement: The Audio Capture Engine (ACE) has been updated to 9.0.4, which includes several small improvements.
- Enhancement: Back-end changes to device audio capture have been made.
- Other: Another update to License window has been made.