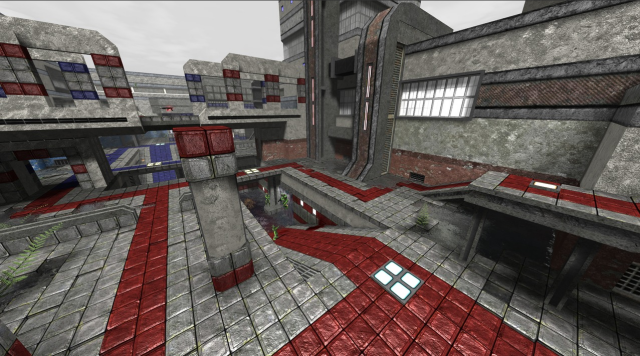 Red Eclipse is a free, open source first-person shooter that runs on the Cube Engine 2. Which essentially means a very Quake-like experience, as you run around various maps, finding and using a vast array of weapons (everything from a sword and a pistol to a submachine gun, flamethrower and rocket launcher) against an even greater range of enemies, ranging from bots to other human players.

The program comes with all the usual game modes (Campaign, Time Trial, Deathmatch, Capture the Flag, and more). And if that's not enough to hold your interest, then they can be combined with several other options - Teamplay, Vampire, Arena, Duel, Medieval and so on - to create your preferred game.

Or, of course, you could just use the built-in map editor to create your own fighting arenas. Not feeling creative? No problem, other players have already built plenty of custom maps, so there are plenty available to download.

However you play, the graphics are arguably a little dated. Which is no great surprise. Red Eclipse really is very similar to Quake III and Unreal Tournament, and they were first released back in 1999.

Still, they're good quality, the game play is fun, fast paced, and with lots of features to hold your interest: not bad at all for a free shooter.

A huge amount of work has gone into Red Eclipse, and it shows - the game comes packed with features and is a lot of fun to play.

Blast aliens into dust with this Doom-style first person shooter

Xonotic is a free and fast arena shooter

Zombie Shooter: blast the undead into a bloody mess with this free arcade-style game