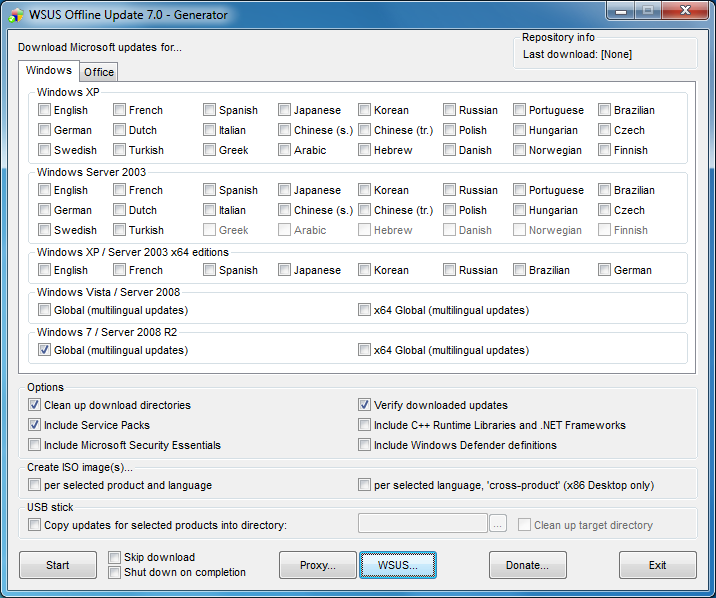 WSUS Offline Update which allows you to update any computer running Windows or Office, without it needing to have an internet connection.

WSUS Offline Update will then download the updates for your chosen product, optionally copying the files to a USB stick, or even creating a suitable ISO image, ready for burning to a CD or DVD.

On the target computer, the UpdateInstaller.exe makes it easy to choose the update options you need (including the ability to back up your existing system files). And then a click on the Start button will quickly get your system right up to date.

WSUS Offline Update has so many options that the interface can look a little intimidating at first, but if you've a PC with no internet connection, give it a try - it's actually quite straightforward and you'll soon be up-to-date

Build yourself a Windows 11 installation DVD or USB flash drive

Software roundup – 19 downloads from the first week of July