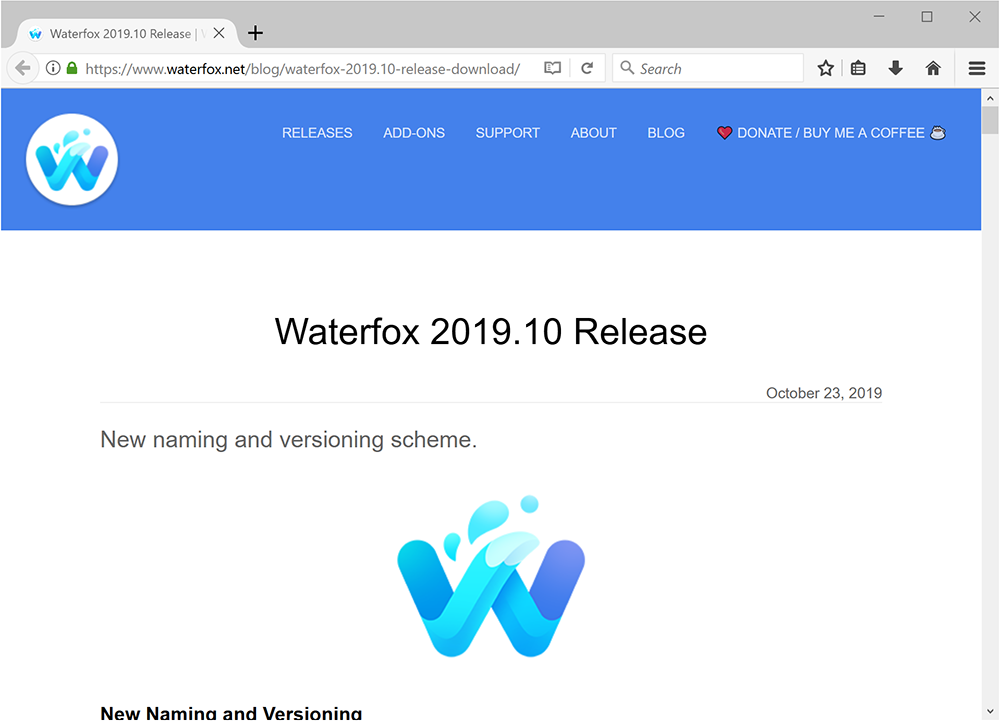 64-bit is the future of computing – and one obvious benefit of running a 64-bit version of Windows is the fact it allows you to access more than 3.5GB of RAM, helping speed up your computer. Despite the growing popularity of 64-bit though, we're still in that transitional phase where many applications are still only available in 32-bit builds – they're compatible with 64-bit, but you get none of the performance benefits 64-bit computing can bring.

An unexpected, undesired change
21 January 2013 17:48, Roger
If Waterfox were my main browser, I'd go back to 16. The reason? I don't know if it is Yahoo's doing or Waterfox's or both in cohoots, but Yahoo's home page (logged in) news categories, a key element of their home page, have been rendered effectively unusable with Waterfox 18, vs. Waterfox 16, Opera and IE10. Instead of separate news categories with small sized one-line article leads down the center, easy to peruse at a glance with mouse, the categories are now top tabbed - all or one category at a time - and articles have large 1 to 2 line heads, followed by 1 to 3 lines of text and lots of blank space. Financial quotes have also been moved to the right column, instead of being a single small line under the main news categoy. For me, and I suspect many many others, a large part of the value of Yahoo's home page has been taken away with this layout. Again, I don't know if it's Yahoo's doing or Waterfox's, or some kind of deal between them, but it definitely is not the format I'm seeing with v.16 and those other browsers (Win 7 or 8).
About Time
14 February 2012 12:31, Indy Jones
Firefox should have done this long time ago. Its about time there was a x64 version. Needless to say it is better than Firefox with all the addons. Once FF makes the x64 version, then it will be equal. Till then, Waterfox is the way to go. Recommended highly.

Dont forget to have Flash and Java x64 too.

Hi Indy, there is a 64-bit version of Firefox "Nightly" or UX which you can try.