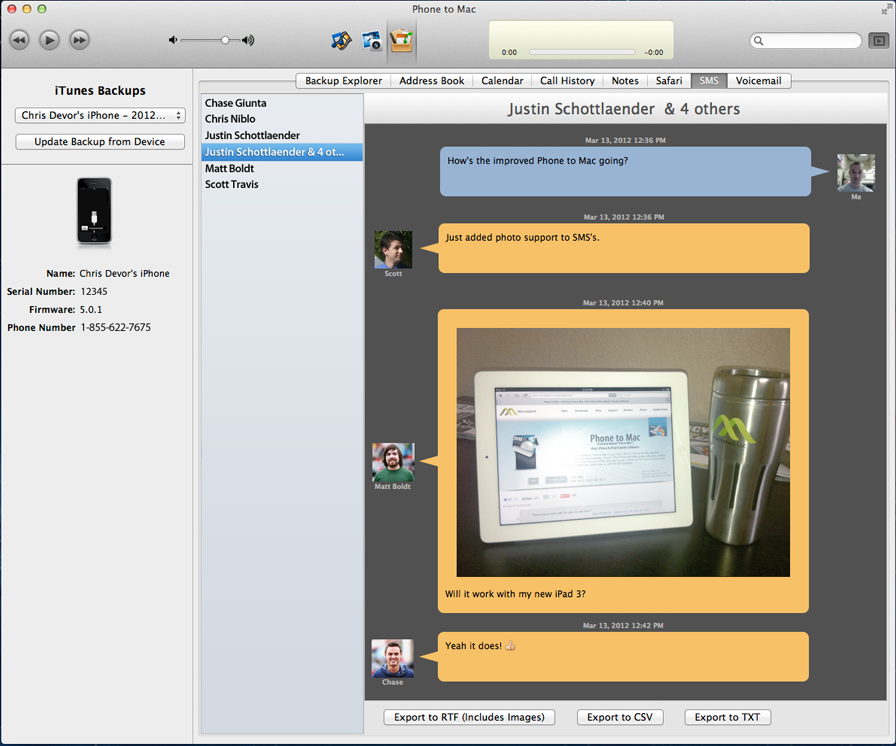 If you have an iPhone, iPad or iPod, you’ll be only too aware of the hassle involved in struggling with iTunes to transfer songs and other files to and from your iOS device to your Mac or PC. Phone to PC and Phone to Mac are two alternative apps that make things easier than ever and, unlike some other similar tools, do not require you to jailbreak your device. But more than this, the software enables to you take control of and backup more data than iTunes does.

However, the software does recognize that interacting with iTunes is part and parcel of owning an iOS device, and will transfer you iOS files into iTunes as well as the app itself. There is an automatic transfer option that will check which songs and playlists are already in iTunes and transfer any other from your iOS device. When copying playlists, automatic duplicate detection means that no extra files will be copied than are needed.

Where the program goes beyond the capabilities of iTunes is in its ability to transfer and backup your SMS and notes in addition to voicemails, calling and browsing history and so much more. As well an enabling you to transfer your contact list in its entirety, you can also use the app to drag and drop individual entries to your computer. The same drag and drop support can be used to transfer individual songs, photos and other files in either direction.

Unfortunately, it is not possible to do away with iTunes altogether and you must have version 10 installed in order to make use of this app. That said, you may well find that you never have to actively use Apple’s software on a day to day basis as Phone to PC and Phone to Mac can take care of pretty much everything for you in a much more user-friendly way.

This is a tool that is worth every penny. If iTunes has frustrated you, this could be the answer to your prayers.