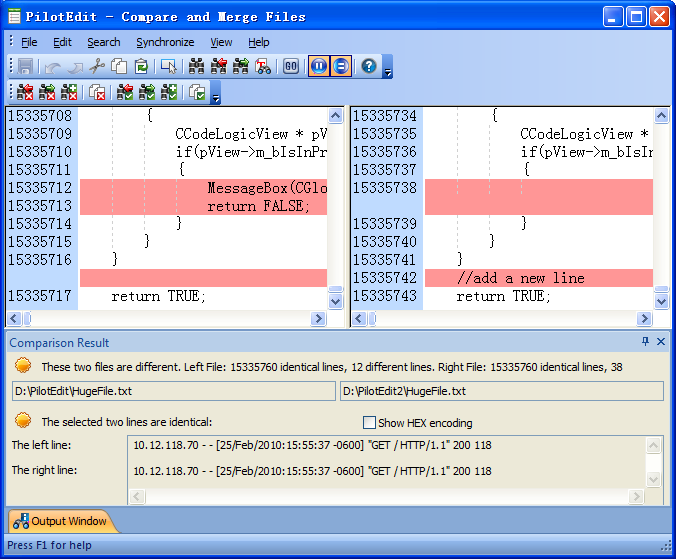 Many people look no further than the humble Notepad app for editing HTML files and programming. While in many respects it can be useful to work with such a basic tool, cutting out unnecessary bloat that slows things down, there is also a strong argument for using something that is a little more feature laden. PilotEdit is an amazing file editing tool that overcomes many of the restrictions of Notepad and adds host of useful features that will help you to work better and faster.

A key advantage of using the app is the fact that it can be used to open huge files – files that are over 50GB in size – and if you are using the app for web site development, there is a built in FTP client that can be used to work with online file over 4GB in size. There is support for dozens of different files types and the program can even be used as a HEX editor complete with unlimited levels of undo and redo.

Multi-line find and replace makes it easy to make changes to code on a large scale, while file and directory comparison and merging means that it is possible to work with the same files on different machines and bring the results together with ease. With the added bonus of customizable syntax and keyword highlighting, PilotEdit is a tool that lends itself to a large number of different tasks.

There is a free Lite version of the program available in addition to a paid for version. There are not a huge number of differences between the two releases, but if you do spend some money on the app you do gain extra features such as the ability to compare, encrypt and decrypt files that are over 4GB as well as the option of working with SFTP for added security. There are other additions such as string extraction and duplicate line removal, but both editions are very capable tools.

An extraordinary replacement for Notepad that can be put to so many uses.