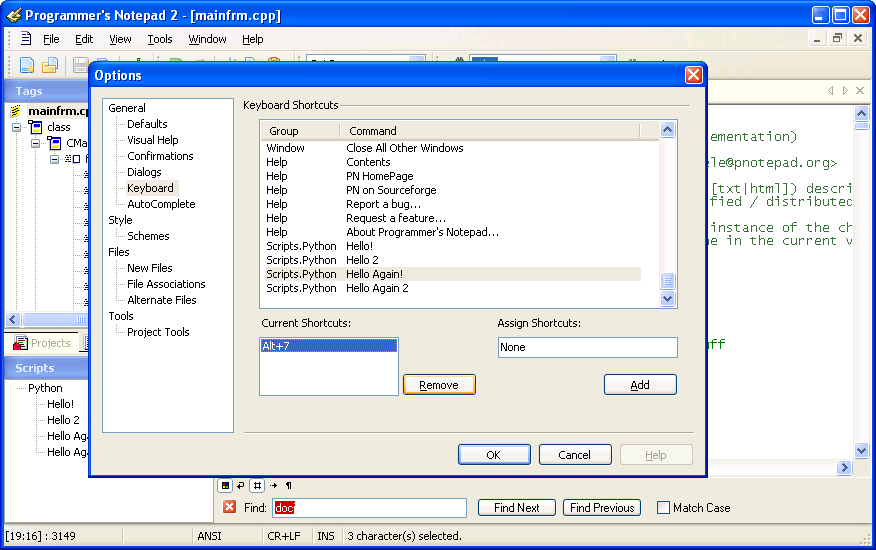 Programmer's Notepad is a Notepad replacement which, while it's targeted at developers, has a lot to offer all experienced Windows users.

You get support for UTF8, 16 and various file encodings, for instance, as well as Windows, Unix and Mac-style line endings, which means the program should be able to open most text files.

The tabbed interface means you're able to open multiple files at the same time, too. These can accessed via their tabs or arranged in a window. And each individual files can then be displayed in a split view (the window contains multiple panes, each of which can be scrolled independently).

Of course this isn't called the Programmer's Notepad for nothing, though, and you also get syntax highlighting for many languages, code folding, text clips for easy insertion of common text blocks, Python-based scripting and more.

You won't find quite the same number of text manipulation options as some of the competition, though. You can switch your selected text to upper or lower case, for instance, but you can't reverse the current case or do anything more complex. Still, there's more than enough text editing power here for most people's needs, and if you outgrew Notepad sometime around Windows 95 then Programmer's Notepad could be a very useful replacement.

An excellent Notepad replacement with a polished interface and plenty of useful features (whether you're a programmer, or not)

Organise your thoughts, ideas, to-do lists and more with this wiki-like text editor