Stream media over your network for free with this DLNA server 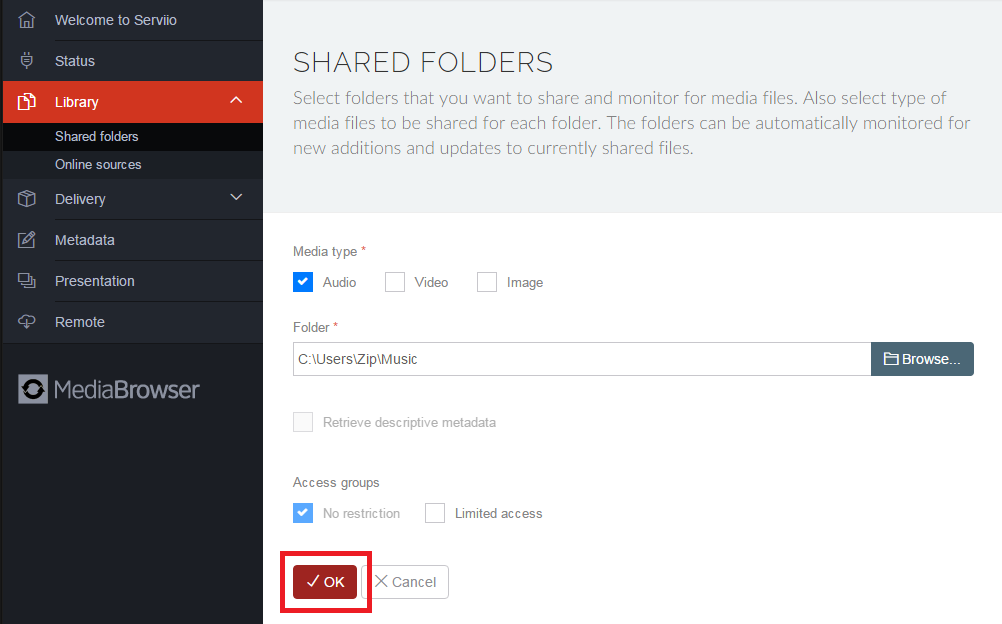 The best way of sharing video, music and photos over your network is by using a media server. And if you want your media server to work with a wide range of devices – mobiles, computers, consoles, smart TVs and more – then you want to pick one that’s DLNA certified.

There are plenty of DLNA-certified media servers out there – even a recent update to Plex Media Server added DLNA support – but they’re not all equal. The better ones tend to cost money, but while Serviio comes as a 14-day trial of a Pro version, after that date it’ll revert to the fully functional free edition, which contains all the functionality developed during the app’s beta.

The free version lets you stream both local and online content over your local network, supports a variety of third-party devices as well as your PC and mobile, and includes on-the-fly transcoding. It’s also capable of pulling metadata from internet sites such as thetvdb.com, so you simply name up your files correctly (typically moviename or tvseries-s00e00) and it’ll pull all the details you need to browse your media collection from another device.

Serviio comes in two parts: the server itself, and a console for configuring it, such as choosing which folders to include. It requires Java, which makes it cross-platform, and can technically be installed on ARM-based NAS drives, allowing you to run a server directly from your network drive. Sadly, it overwhelmed our under-powered ShareCenter DNS-320, forcing us to retreat to TWONKY on that device.

No DLNA media server is going to compare favourably to Plex’s wonderful user experience, so perhaps it’s a little unfair to compare Serviio directly to it. It’s worthy of consideration, particularly thanks to its internet scraping capabilities, and decent codec support, but there are still glitches, both in playback and correctly identifying content from its metadata, that count against it. It also rankles that certain features – specifically the lightweight web-based media browser and ability to access your media from outside your home network – are restricted to the $25 Pro version only.

"Version 1.5" is mostly focused on making using Serviio easier and less error-prone for the users. Java now comes bundled with the Windows and OSX versions, so you don't need to install it on your system manually and deal with problems when your Java gets updated. Linux users still have to install Java 8 (which is now the minimum requirement). OSX version is now distributed as an installer and starts the server as a service when your Mac boots up - no more Force close when shutting down your Mac. Only 64-bit Macs are supported now.

The library indexing engine has been reworked, so that you get your filesystem changes reflected in the library immediately, without the need of a constant refresh. It should also make the process less CPU intensive. Remote drives are also handled differently without any side effects.

A good stab at providing a feature-rich and reasonably lightweight media server, but its internet scraping capabilities are too unforgiving when it comes to media file naming.