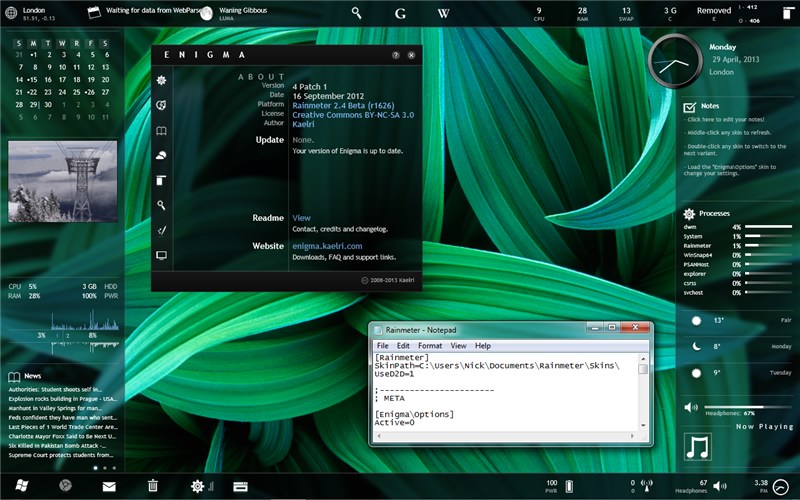 Customising your Windows desktop can be as simple or as complicated as you like. For most people, the options provided by Windows itself are often sufficient, while others want to push the envelope further. One way in which your desktop can be made to work harder is by using it to display all kinds of useful information – in Windows 7, there are specific gadgets that perform this function, but they’re limited and a little clunky to implement, while XP users are left completely in the cold.

With version 3, new features included migrating from an older GDI+ graphics/text rendering system to the newer and more powerful Direct2D system found in Windows 7 and 8. The initial fruit of these labours is to implement vastly improved font rendering in string-based meters, particularly those with smaller font sizes and using anti-aliasing. The feature is currently disabled by default – users must add UseD2D=1 to the [Rainmeter] section of the Rainmeter.ini configuration file to enable it.

Bring desktop gadgets back to Windows 8-10