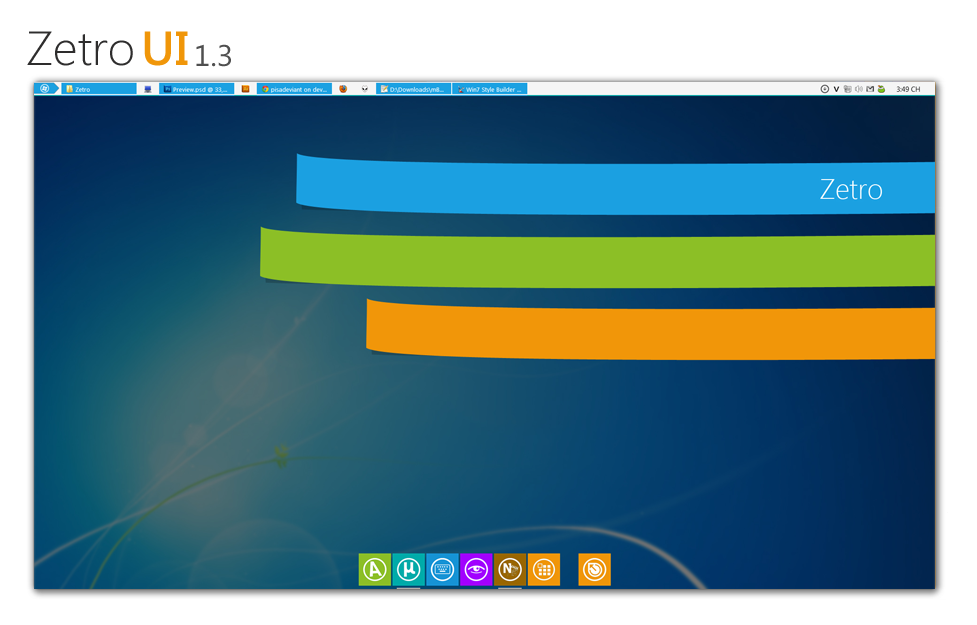 Since the days of Windows XP, Microsoft's operating system has supported themes to change the appearance of the desktop. It is not something that has been widely embraced by Windows users in general, but for the serious system customiser, the opportunity to use themes to change the look of Windows is seriously appealing. Zetro is a Windows 8 Metro UI inspired theme that gives your computer a whole new look.

The one problem with Windows themes is that it is not possible to simply install anything you want. In order to work, themes have to have been certified by Microsoft. Perhaps unsurprisingly, dedicated users found out that it was possible to install unsigned themes; it is a process that involves editing system files so it should be undertaken carefully.

There are various 'theme patchers' available that will allow for the installation of third party themes, but the Universal Theme Patcher (http://deepxw.blogspot.com/search/label/Universal%20Theme%20Patcher) is one of the most reliable. The patcher can be used with various versions of Windows and very simple instructions are included to help with the installation process.

Once this has been done, you can install a wide range of third party themes including Zetro. Unlike some themes, Zetro is quite minimalist rather than having endless bells and whistles. The look is clean and uncluttered and will be appealing to anyone who likes the look of Windows 8 but just can’t wait for the OS to be released.

A quite impressive theme, but getting it installed not something recommended for novices.

Complete your customisation of Windows by changing the Start button

Get the Modern UI look on your Windows XP-7 desktop with Windows 8 Transformation Pack 7.0