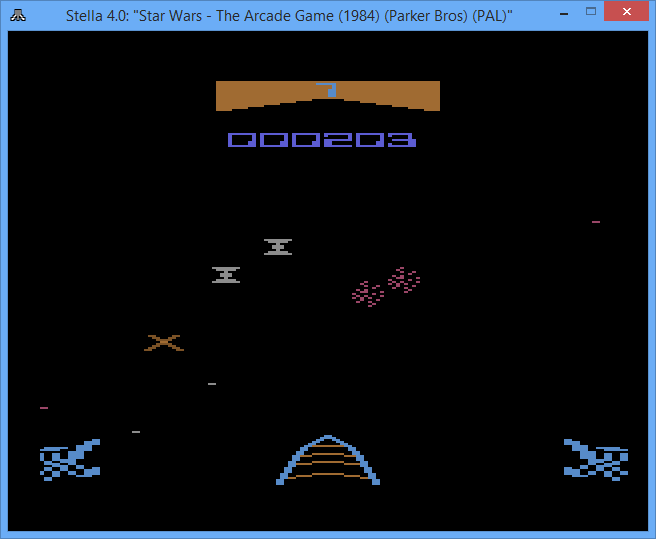 Nostalgia’s a powerful thing, particularly when it comes to gaming. Let us warn you now: Chuckie Egg isn’t as good as you remember it, but nevertheless revisiting old games and platforms is still a wonderful way to embrace (and then move on from) your past.

Stella is, quite simply, an Atari 2600 VCS emulator. You’ll need to provide your own game ROMs, and to avoid breaching copyright you still need to own them, even if they’re buried away in your attic or basement somewhere. Places to download ROMs from include Atari Mania.

Once downloaded, extract the ROM’s .bin file and copy it into your ROM directory – Stella lets you choose this folder the first time you launch it. Then it’s a case of selecting your game, and revisiting your childhood. Most games are stored on files around 5-6KB in size, so expect a rude awakening if you're not played a game for decades.

A complete user guide can be found online, and if you do run into problems with the program, visit its FAQ for some essential troubleshooting tips and tricks to follow.

The emulator works well, with lots of tweakable settings such as switching between colour and black-and-white display (yes, some of us didn’t get colour TV until the mid 80s!) and remapping controls to your personal perfection. It’s just that whole question of how nostalgic and charitable you’re feeling…

Note: because of major TIA sound changes, the state file format has changed, and old state files will not work with this release.
New cycle exact audio core based on work by Chris Brenner (crispy); greatly improved audio emulation accuracy (i.e. E.T., Ms. Pacman).
Full rewrite of the audio subsystem; resample TIA output to target sample rate directly in Stella.
Added option to force stereo sound for all ROMs, or to use the setting on a per-ROM basis.
Threading: decouple emulation from frame rendering.
Main loop rewritten; emulating speed and timing is now much more faithful (i.e. speed in Pick'n'Pile).
Added preliminary support for 'CTY' bankswitching scheme and recently released 'Chetiry' ROMs. Special thanks to SpiceWare for adding music support to this scheme.
UI modernization (new widget look, dialog titles added, dialogs refactored).
The bankswitch scheme can now be forced by naming the ROM with a specific extension (ie: .f8s for F8SC, .fe for FE, etc). The supported extensions are the same as the ones from HarmonyCart and UnoCart.
Audio settings replaced with new 'audio.xxx' settings.
FPS setting replaced with speed setting for adjusting emulation speed.
Extra functionality for Time Machine dialog (start/stop recording; minor fixes).
When logging messages to the System Logger, condense similar messages that arrive in batches into fewer messages (including timestamps).
Fixes for collision corner cases (during HBlank).
Fixed excessive CPU usage while in UI modes (ROM launcher, debugger, etc).
The 'launcherexts' option has been replaced by a true/false option named 'launcherroms', which specifies to show only ROMs or all files in the ROM launcher.
Changes in 'Game Properties' dialog

If you’re a fan of the old Atari 2600 VCS game console, then Stella is your recommended route to Nostalgia Heaven.