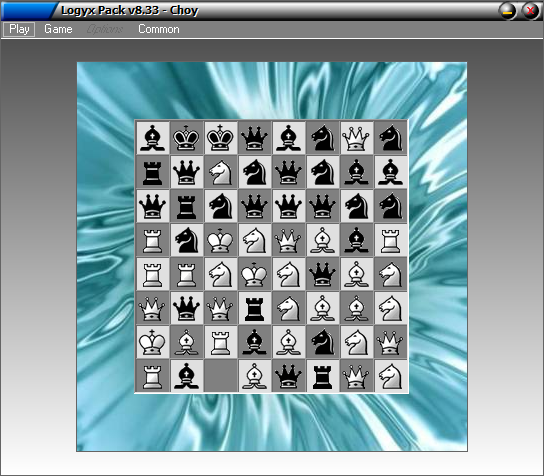 Unsurprisingly, the individual games are very basic. There's little help. No choice of difficulty level. Minimal sound. No choice of opponent (some games require one human player, some two, and that can't be changed). No significant board customisations, high scores or anything else.

The interface isn't great, either. We would have liked the games to be organised by clear themes, with board thumbnails to help you recognise or choose anything of interest, and a "Recently played" list to hold your favourites. What you get instead is a set of text menus organising the games in alphabetical order, which you must browse each time.

Despite this, Logyx Pack is still a likeable package. There are lots of games here, the quality of some computer opponents is better than we expected, and overall it's a fun way to pass some time.

It's short on features and the interface is very basic, but Logyx Pack does have a lot of very playable games, and on balance it's a fun way to pass an hour or two.

A touch screen friendly version of the classic tile game

Get hours of strategy-based entertainment from this challenging Reversi program

A free tile puzzle game with a Christmas theme

Play the classic searching game on your iPhone