Find the easiest way across your city 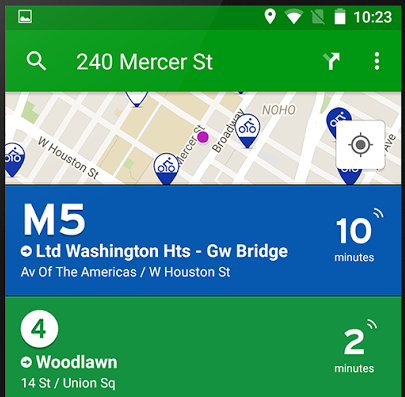 Transit App is a free Android and iOS app for planning journeys on your local city's public transport.

Wherever you are, Transit App provides the very latest information on all your nearest options and departure times.

You can see where your bus or train is on the map in real time.

If you've time, the app can help you plan A-to-B trips via all supported transport modes. Important routes can be marked as favourites for easy recall, and you can review schedules and routes later, even while you're offline.

Maintaining accurate times across so many transport types is horribly difficult, but Transit App seems to do better than most, and with a 4-star rating on Google Play and the App Store it looks like most users are happy.

An iOS app to help you book flights, plan itineraries and much more

Maps on the go without biting into your data usage

Discover the world below your flight path

Find your way around central London by bus