(Forget the name - it needs Hyper-V, not Visual Studio) 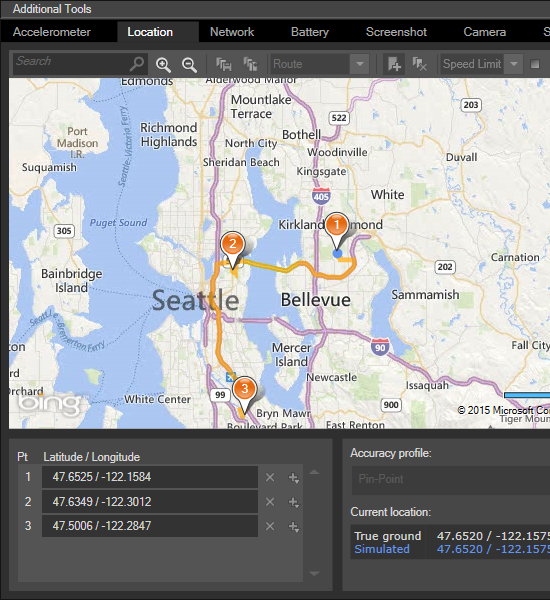 Microsoft Visual Studio Emulator for Android is a powerful emulator which runs Android in a window on your Windows 8+ desktop.

(The system uses Hyper-V to run an Android virtual machine, so you'll need to have that enabled.)

The disadvantage of Microsoft Visual Studio Emulator for Android is that it doesn't include Google Play. Apps can be installed from their raw APKs by dragging and dropping them onto the emulator, but you can't browse them in the Store.

You do get all the usual apps, though: Browser, Calculator, Calendar, Camera, Email, Gallery, Music, People and more, on both a virtual KitKat tablet and phone (there's support for other Android versions and form factors, too).

There's a smart multi-touch simulator which doesn't require a touch screen - you just right-click and drag the mouse.

Microsoft Visual Studio Emulator for Android is also exceptionally configurable. You're able to choose your location by clicking on a Bing-sourced map; your front and rear camera feeds may be set to an image, animation or your actual webcam; and you can define the device orientation, whether its standing or flat, its battery charge level and status, even simulate a device shake.

Convenient integration options include setting the SD card location to a folder on the host PC, while a Screenshot button grabs a device image on demand.

A polished and professional emulator. There's no Google Play store, though, so if you don't need the wide platform support or features like front/ rear camera emulation you'll be better off elsewhere.