Check your PC for suspect shortcuts 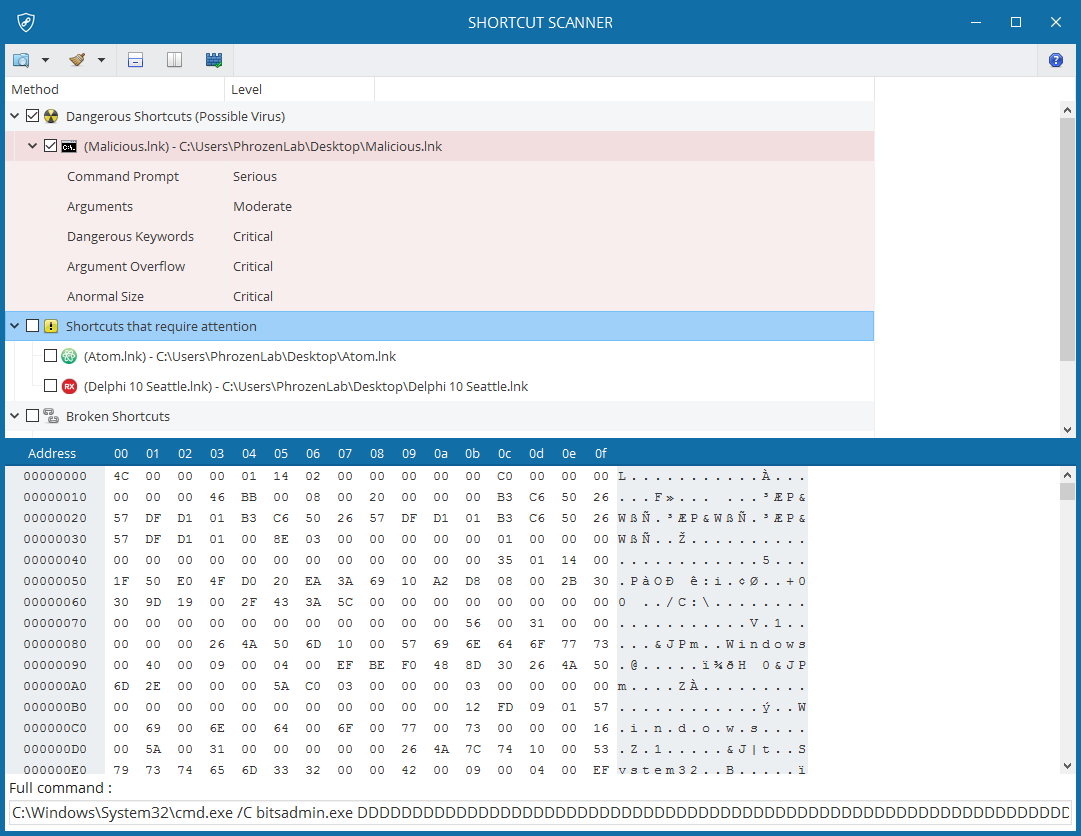 Shortcut Scanner is a portable free tool which checks your PC for potentially dangerous shortcuts. This could include shortcuts pointing to command prompts (cmd.exe, PowerShell, Ubuntu Bash, more), which include frequently-exploited keywords, have argument overflows (the command is longer than 260 characters), are larger than 4KB in size, and more.

Ask the program to scan some or all of your drives and it quickly detects "interesting" shortcuts, organising and displaying them in three groups: "Dangerous" (possible virus), "Require attention" (probably just shortcuts with arguments) and "Broken" (the target doesn't exist).

Clicking any of the listed shortcuts displays its command, and a hex view of the .LNK file for experts to explore further. (Not a bad idea, but it would be better if the program could parse the structure itself.)

You're able to select one, some or all shortcuts and have the program "clean" (aka "delete") them in a couple of clicks.

What you don't get here is much in the way of Explorer integration to help you work on this yourself. We would like to right-click a file and have options to view its Explorer properties dialog, maybe open an Explorer folder at the shortcut or target locations, but no. If you want to do that you'll have to find the files and folders manually.

Shortcut Scanner's very basic detection technique is far more likely to raise false alarms on your PC than find anything dangerous. But scanning was speedy on our test system, the 11 files it highlighted didn't take long to check out, and in a few cases they did deserve analysis (calls to PowerShell, command line tools).

Overall, Shortcut Scanner isn't for security beginners, but it could help experienced users detect issues on their PC.

Pin files, folders, libraries and more to the Windows 7 taskbar

Extend and enhance the Windows firewall with this powerful free tool