What to do in a disaster 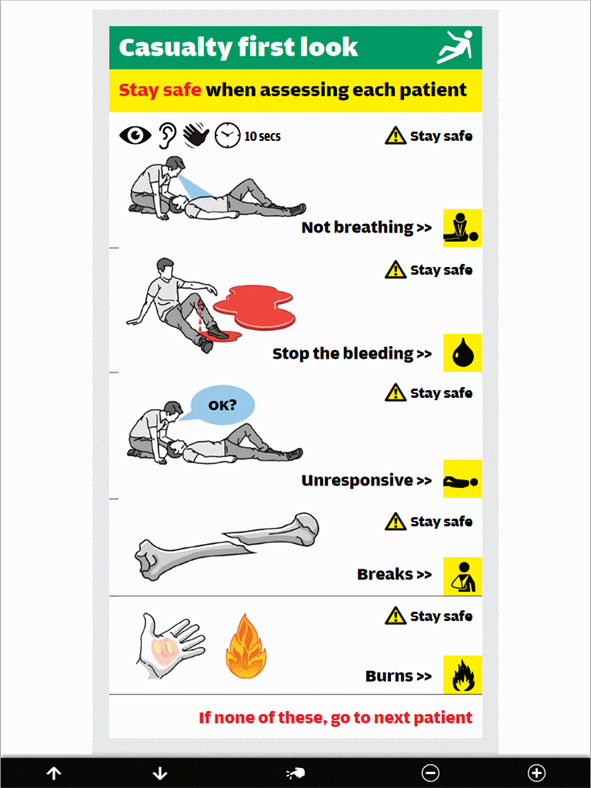 Citizen AID is a UK government-sponsored app which gives advice on the best immediate response to a bomb blast or armed attack. (It's designed for UK users, for example with the UK 999 emergency number, but most of the content could help anyone, anywhere.)

We expected this to be the kind of basic instruction that just about everyone would know already, and at first it looks that way. If there's an ongoing attack, for instance, you're advised to run, hide if that's not possible, tell the emergency services and only treat the injured once you know you're safe.

That's just the start, though. The app also has tips that might not have occurred to you, like turning your phone to silent if you're worried about attackers still being around. It summarises the key details you should tell the emergency services: the nature of the attack, exact location, number of injured, whether they're walking or not walking, current dangers, any emergency services present. And it also lists the immediate first aid steps to take for different kinds of injuries.

Citizen AID is closer to an ebook than an app, and even at that level it's more awkward to navigate than it should be. But there is genuinely helpful information here, details that might not know or could just forget in the immediate stress of an attack. Take a look.