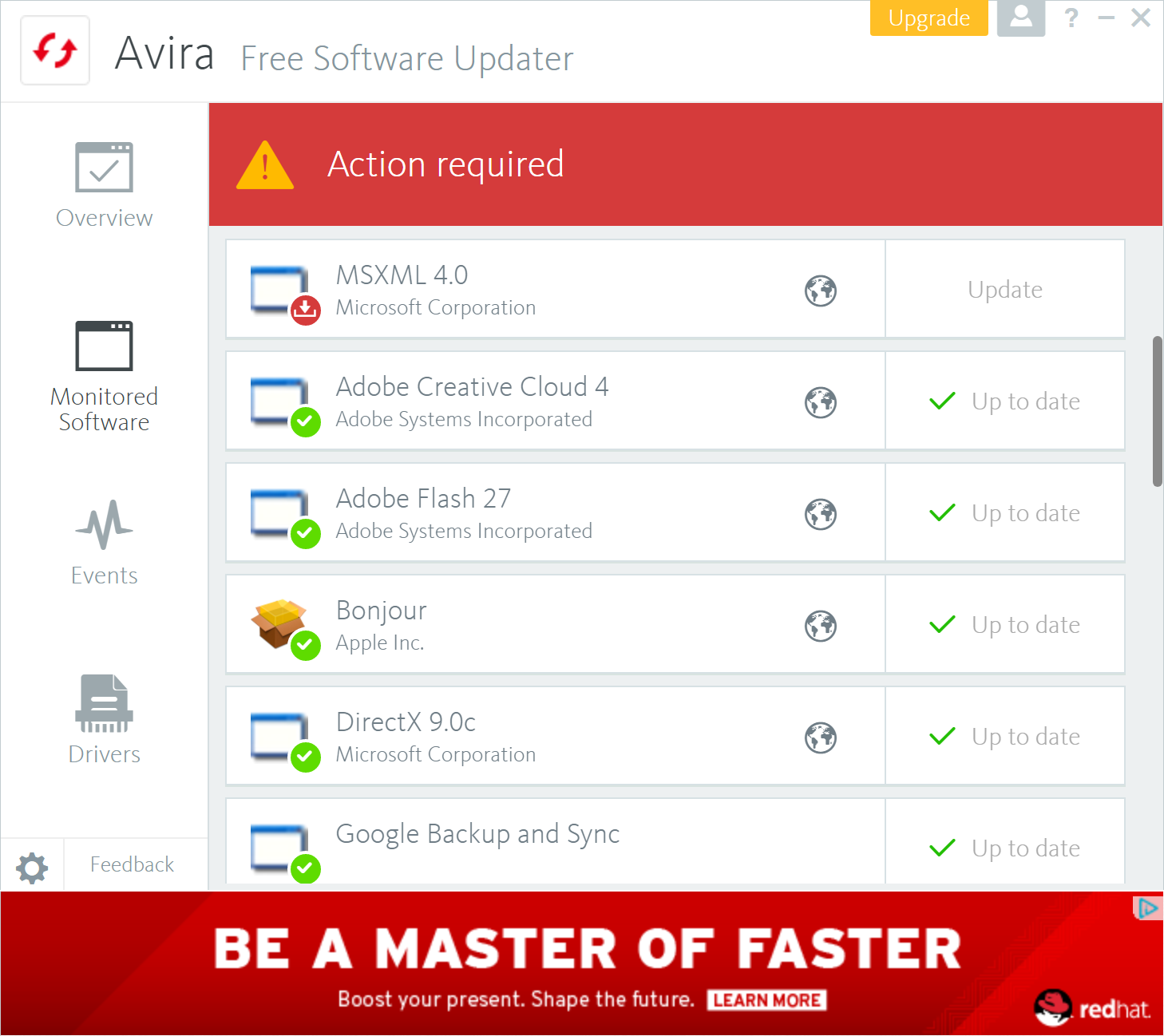 If you're someone who has a tonne of software installed on your computer, then it becomes too time-consuming to make sure that every product is the latest version.

Although most updates are usually bug fixes, it's always worth having the latest software installed, even if it's a case of securing your computer. If the software is compromised, then the developer may release an important update and issue a press release to inform the public to update.

Avira Software Updater is a tool from the trusted German security developer that will scan your system and see what software needs to be updated and will inform you updates are available. You can then choose whether you want to install the update or not.

The problem with software updater tools is that they are only as good as the database provided. Most small tools won't be on this database and these are the tools you are most likely to want to update. Often only key titles are supported. Also, in 2017 most developers should (and do) provide automatic update warnings within their software, so they warn you on startup if there's an update. Apple's App Store informs you of updates to Mac software bought via their store, so does Adobe's CC suite, Microsoft 365 and many independent tools.

Avira Software Updater also supports driver updates, although we found the results to be very different from those of Driver Booster from IObit. According to Avira's results, no drivers needed updating. Driver Booster listed three which were out-of-date.

We also don't like the information provided (or lack of it). For example, Driver Booster will inform you of the installed software version number, plus the version of the available update and even the date when the update was made available.

The free version does all of the above, plus shows adverts within the software itself. Avira Software Updater Pro is available for a staggering $31.99/year subscription. Pro enables you to automatically keep your (supported) installed software updated.

Who needs a software update tool in 2017? Avira clearly thinks there's a market and for a paid Pro version too.

Check whether your installed software needs updates, plus keep one eye on the latest software news

Easily find, install and update free software for your PC

Emsisoft's virus hunter is faster than ever