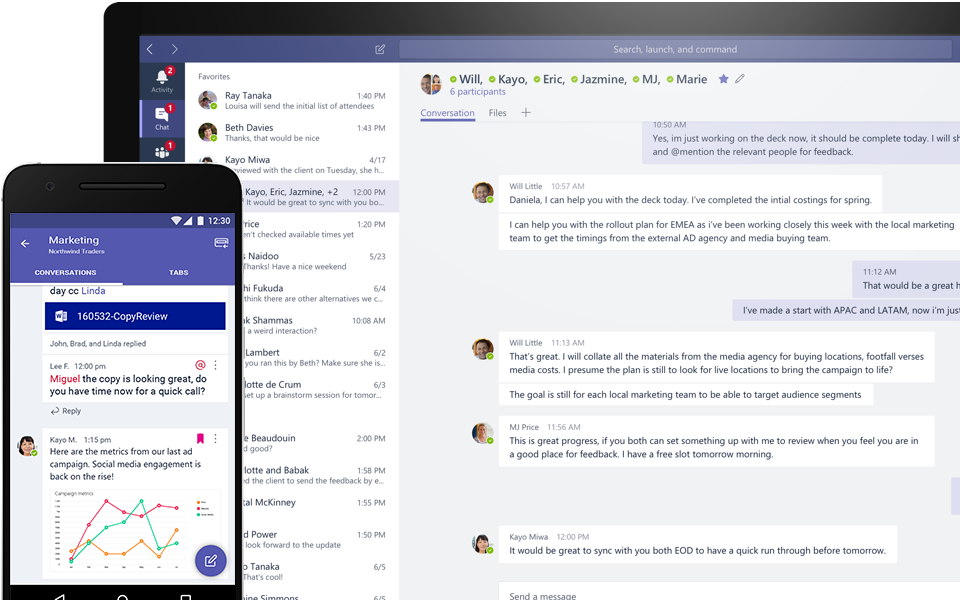 When managing a project, the ability to communicate effectively with your team, especially during such remote and technologically dependent times, is absolute paramount. We recently covered a few different office productivity and messaging apps such as Slack, which is an easy intra-company communication tool. But there has been one product from a small little company named Microsoft that we’ve overlooked. This product is Microsoft Teams.

Microsoft brought out Teams in 2017 in order to compete with Slack, however, it was still not a fully competitive product. Until this year when they rolled out an update which enables you to integrate teams with several other apps. The idea from Microsoft is to use Teams instead of Slack and also at the same time phase out the emails by making sure conversations stay entirely on topic and you don’t get a ps. or pps in the same email diverting to a completely different topic.

Once you are set up on teams you will have all the resources right in front of you with full integration of the Office 365 suite, so you can easily share your documents from other platforms such as PowerPoint, Excel and Word, also other apps outside of the 365 Suite. This also makes it easier to share with your colleagues in the moment vs. actually conversing back and forth via email. Email isn’t dead, but you will certainly reduce the chatter via email by using Microsoft teams.

Teams also offers built in video communications and excellent screenshare capability with your entire team. You can one-on-one voice call others or you can arrange all your work via the teams you are part of so for instance if you work across a set of agile teams you can make sure you only get the work related to one team in only one tab of the teams app, then you can also use the search bar to search for a person in your company to quickly chat with. But the fact it keeps one-on-one chats separate to your specific teams is a very good and key feature.

Teams other integration options now also include apps and services like SurveyMonkey and Trello. The integration with both, especially Trello is really useful if you are working on an agile team, or you’re cross collaborating between teams as you can see which product/line is covering what and it makes it again very easy to collaborate and cuts out the need for emails as you quickly work within teams. Additionally, the chat feature inside your team allows you to respond on the same line when someone is asking a question or having a discussion so your chat will never get lost and you can easily @ someone to get their attention and keep the chat between yourselves but still visible to everyone else so the team knows what is being worked on.

Finally, it’s also worth noting, in times of GDPR and many other security laws Microsoft really has worked on making sure the app is fully customisable and you can lock down what you need as an administrator. Two-factor authentication provides extra safety and messages, data and files are also encrypted while being sent and received on the platform.

Teams then, is a very competitive office collaboration, and should be a definitive choice if you’re already using the office 365 suite across your company, if not it’s one of many choices and will boil down to your preference. It’s also available on smartphones.

Teams is a great option for collaboration in your company and if you use Office 365 it’s top notch for its collaboration.