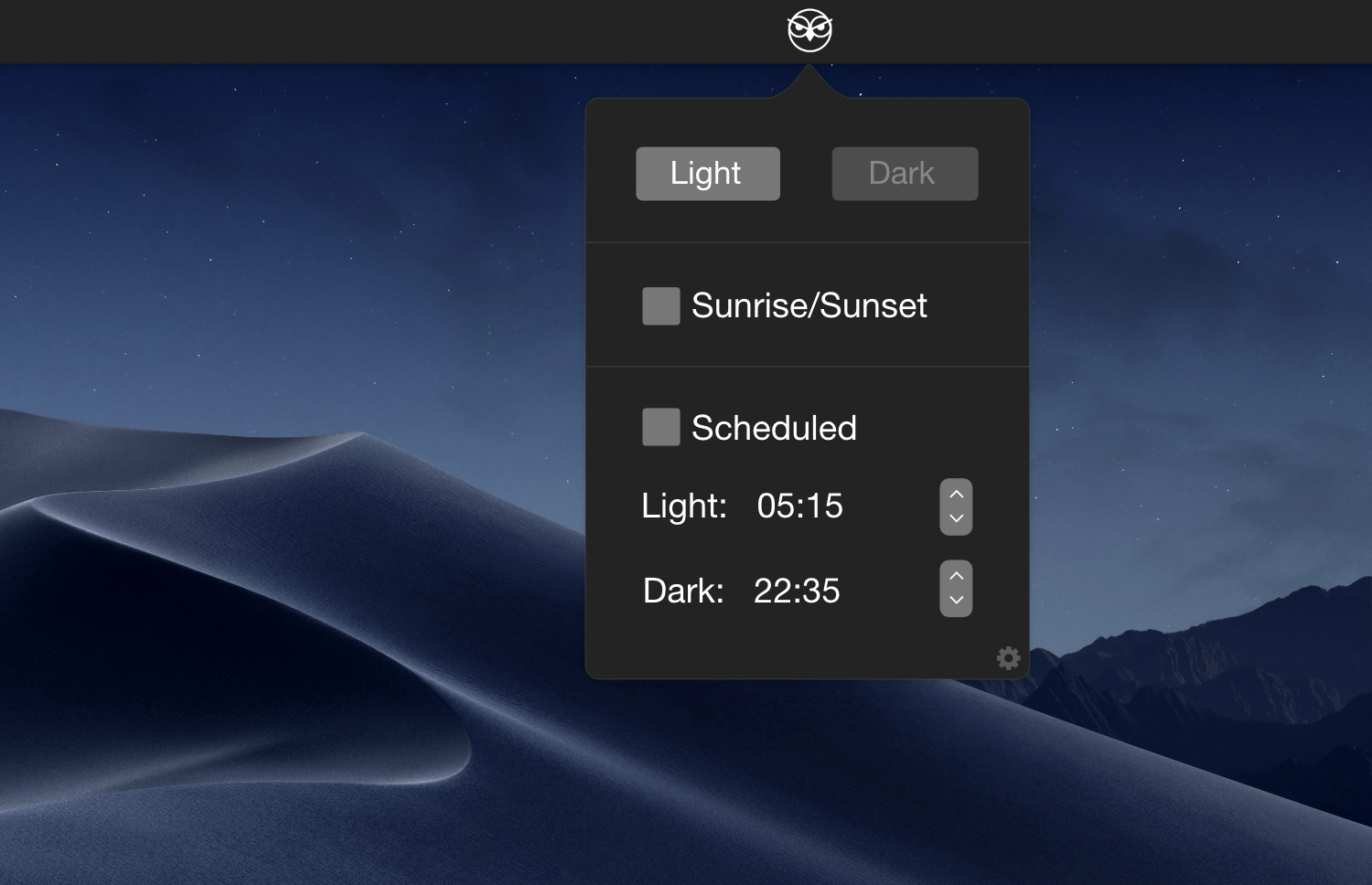 Dark mode is a fantastic idea when implemented correctly and especially when you're working late at night. It started with the Windows 10 all-black design, which you can toggle on (we have it switched on permanently), but oddly you have to then separately switch it on in your apps, too, such as Edge.

Mojave implemented a dark mode and, whilst some of this works well and some less well (Mail is an example), Apple has made a decent effort implemented the mode across its own application. iPhone looks fantastic in dark mode and is much easier on the eyes. It's easier to edit photos, too, on a darker background.

Problem is, you still have to toggle it off/on. So, you need to go into the System Preferences -> General and then choose the relevant Appearance mode. There must be a more simple way.

NightOwl is the solution. This simple free app sits in your menu bar and enables you to quickly switch from light to dark mode. Say you want to edit photos and prefer a darker UI, simply use NightOwl to switch. You can also use the app to toggle on the Sunrise/Sunset setting.

Best of all, NightOwl will enable you to schedule dark mode! Say you want dark mode to be on after 10pm, you can configure the app so it switches to this mode after 10pm and comes out of it 5am, or whatever you prefer.

Keep track of your appointments with this unobtrusive iOS calendar tool

Use your Mac more effectively by making use of multiple desktops

Automatically restart your Mac when various criteria are met

An alternative app launch for OS X, activated with a mere gesture

Keep track of the time all over the world