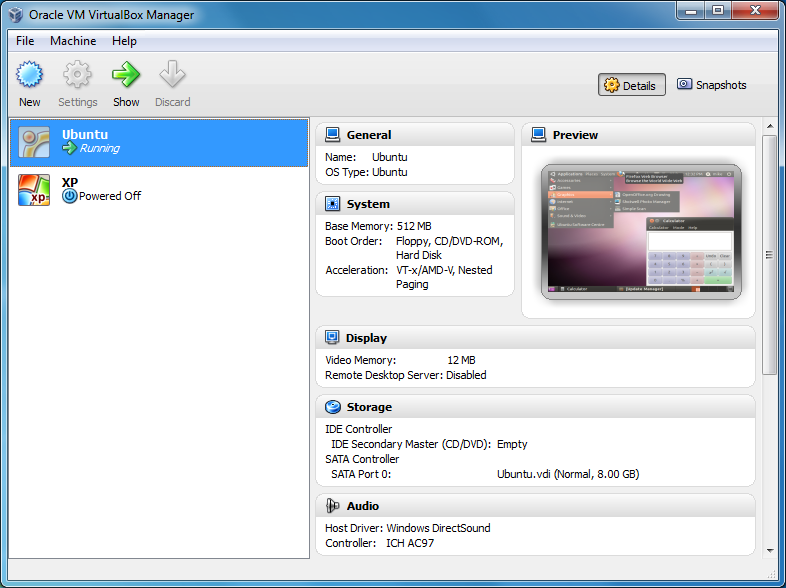 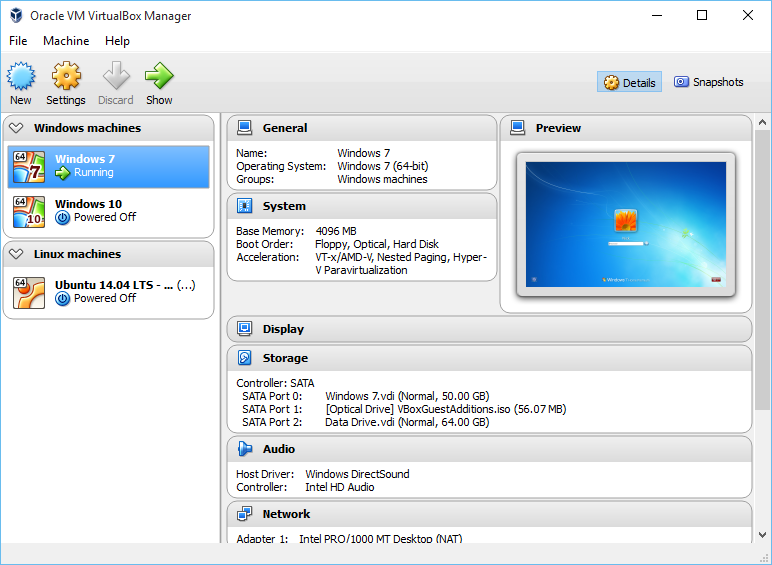 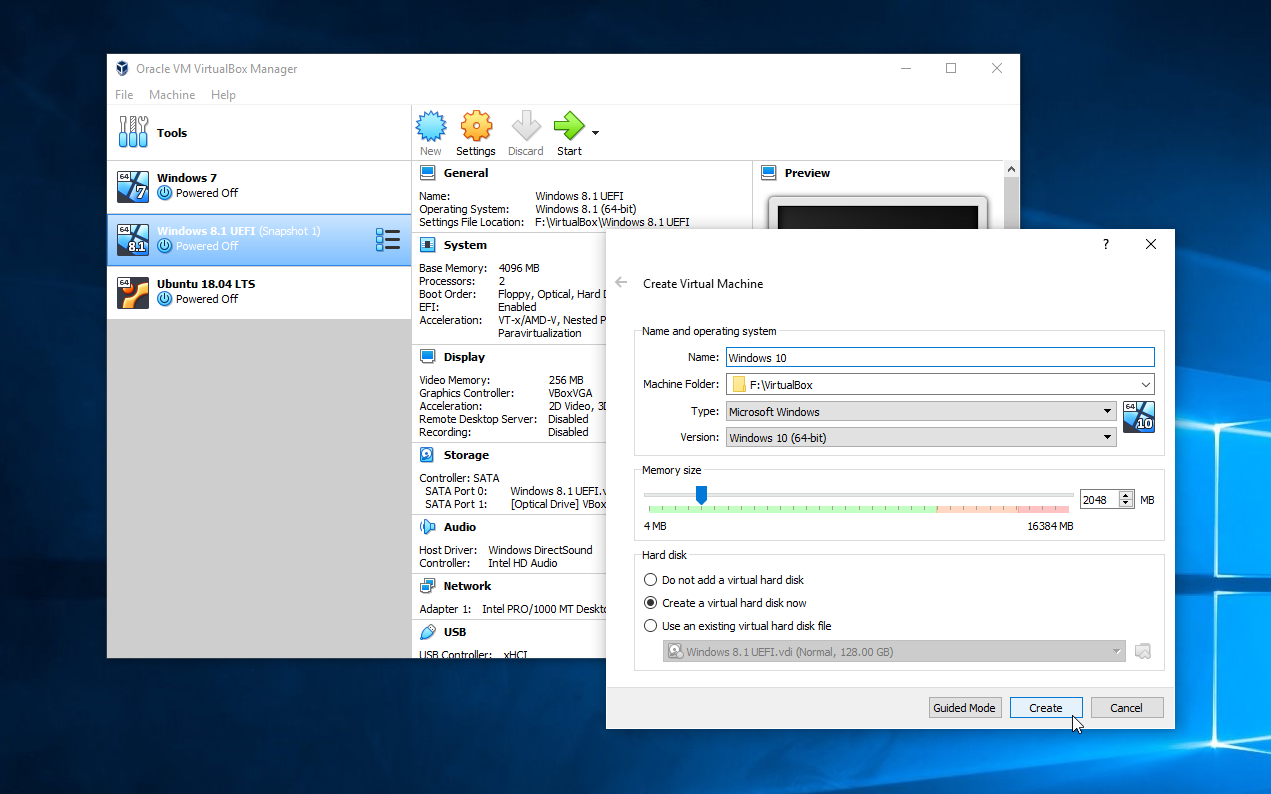 - Virtual machines can be fully encrypted now, including the VM config logs and saved states (CLI only for now)
- OCI: Cloud virtual machines can be added to Virtual Machine Manager and controlled as local VMs
- OCI: Cloud networks can now be configured via Network Manager tool same way as it is done for Host-only and NAT networks
- GUI: Added a new utility similar to "top" or "resource monitor" which lists peformance statistics (CPU usage, RAM usage, disk I/O rate, etc.) of running guests
- GUI: Reworked the new vm wizard to integrate the unattended guest OS installation and to have a more streamlined work flow
- GUI: Added a new help viewer widget which enables the user manual to be navigated and searched
- GUI: Adding new notification center unifying most of running progresses and error reporting around the GUI
- GUI: Improved theme support on all platforms. Linux and macOS use native engine while for Windows host it is separately implemented.
- GUI: Large icon update.
- Audio recording: Now using Vorbis as the default audio format for WebM containers. Opus is no longer being used.
- Audio: Added "default" host driver type to make it possible to move VMs (appliances) between different platforms without the need of changing the audio driver explicitly. When the "default" driver is selected, the best audio backend option for a platform will be used. This is the default for newly created VMs.
- Guest Control: Implemented initial support for automatic updating of Guest Additions for Linux guests
- Guest Control: Implemented ability to wait for and/or reboot the guest when updating Guest Additions via VBoxManage
- VBoxManage: Added Guest Control "waitrunlevel" sub-command to make it possible to wait for a guest to reach a certain run level
- Windows hosts: Added experimental support of running autostarted VMs in session 0, to allow running VMS even when a usser is not being logged in (disabled by default, please consult the manual)
- macOS host: Dropped all kernel extensions. VirtualBox relies fully on the hypervisor and vmnet frameworks provided by Apple now. At the moment the implementation lacks "Internal Networking" functionality. This will be provided at a later date.
- macOS host: Providing a Developer Preview package for systems with an Apple silicon CPU. This is unsupported work in progress, and is known to have very modest performance.
- Linux Guest Additions: Reworked guest screen re-size functionality, added basic integration with some of guest Desktop Environments
- Devices: Implemented new 3D support based on DirectX 11 (and DXVK on non Windows hosts)
- Devices: Added virtual IOMMU devices (Intel and AMD variant)
- Devices: Added virtual TPM 1.2 and 2.0 devices
- Devices: The EHCI and XHCI USB controller devices are now part of the open source base package
- EFI: Added support for Secure Boot
- Debugging: Added experimental support for guest debugging through GDB and highly experimental support for guest debugging through KD/WinDbg