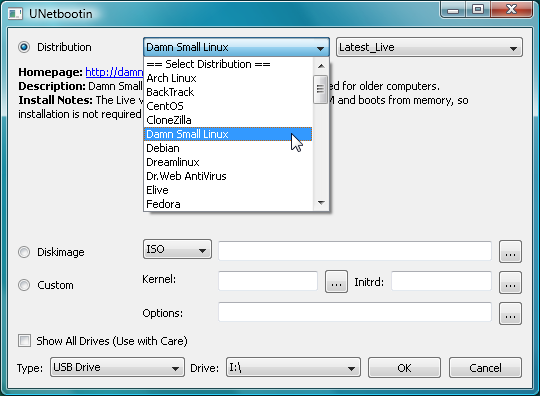 If you want to try out a Linux distribution then you could just download and boot from the appropriate LiveCD - but that's not always convenient. You'll need to locate the image first, for instance, then you'll have to find a spare disc to hold it. Once that's burned then your system should boot, but slowly.

All you have to do is choose the image you need, and UNetbootin handle everything else: downloading the package, unpacking it, copying the files to the USB drive that you specify, and adding a boot loader. You can leave the program to work, and once it's finished you should be able to launch your chosen Linux variant just by booting from that USB key.

If you're at all interested in Linux then UNetbootin is well worth a look.