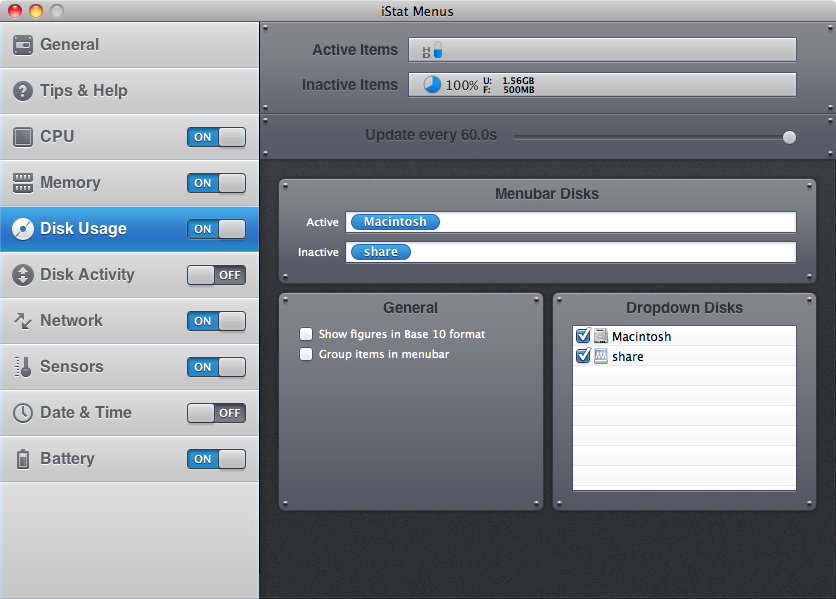 iStat Menus adds a series of monitors to OS X's menu bar making it possible to keep an eye on a range of aspects of your system from memory usages to disk activity. The real time CPU graphs show just how hard your processor is working as well as listing the top five processor intensive applications.

Information from any sensors in your Mac - such as temperatures gauges - can be displayed in the menu bar and you can control the speed of fans using the program. If you're using a MacBook, detailed information about the state of your battery is also displayed.

iStat Menus can also display details of network activity and hard drive information such as the amount of free space available on individual drives. Memory usage can also be displayed, and as with the processor information, the top five memory intensive programs are listed.

The menu bar, coupled with iStat Menus, is home to a wealth of information. He program can be customised to a high degree with a wide range of display modes available with the option of changing font style, colours and the size of individual panels.

If there's anything you need to know about the state of your Mac, iStat Menus should be able to keep your informed.

Read, write and control an NTFS-formatted partition from your Mac