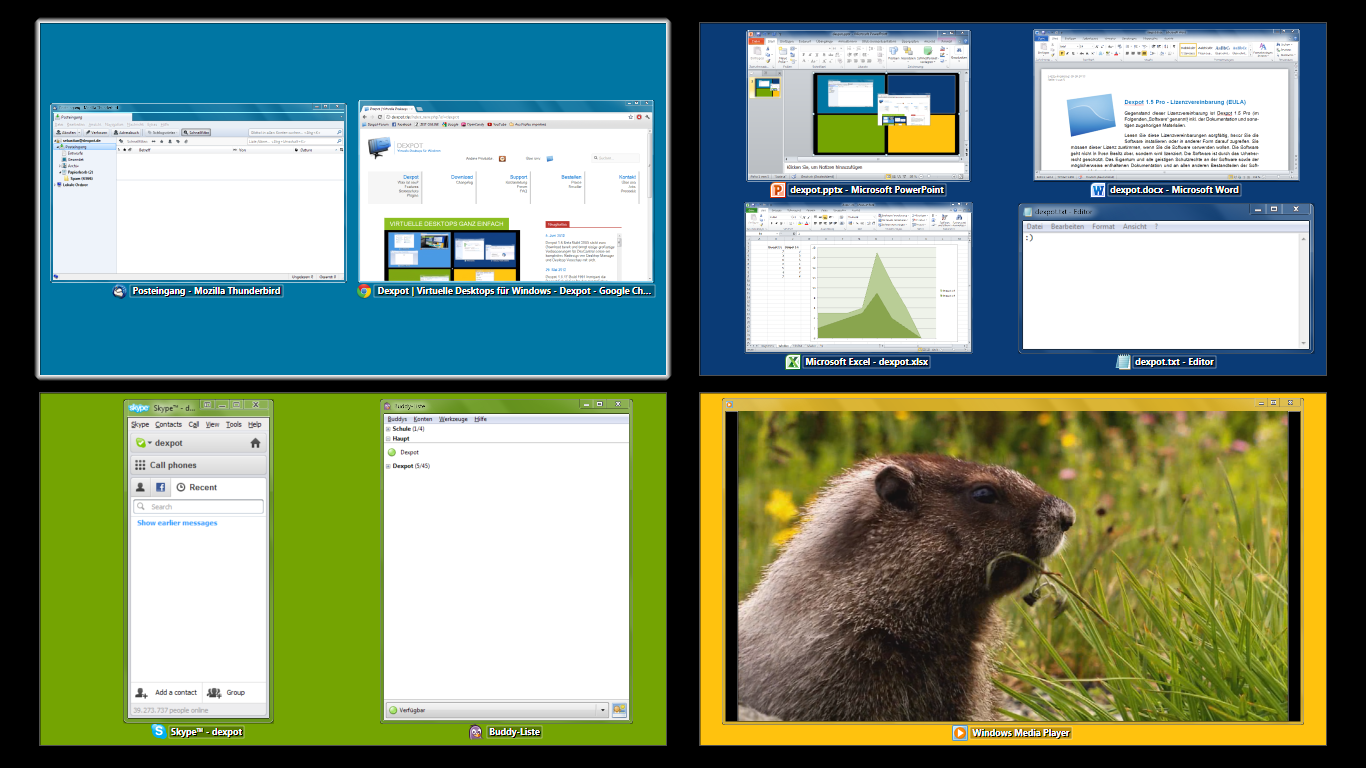 Virtual desktop are not a new concept, and even though monitors are now much larger than they used to be, there is still a role for them to play. It can be tricky to manage a large number of running programs and it can be cumbersome navigating through them when switching applications. Dexpot is a virtual desktop tool which provides you with up to 20 desktops on which to arrange your programs and windows.

But the program does much more than just providing extra space. Rules can be created so that certain programs and windows will always open on a certain desktop; plugins can be used to provide 3D transition effects; desktop navigation and windows movement can be controlled with customisable keyboard shortcuts. Navigation is made easy thanks to the window catalogue which displays an overview of all of the programs and windows running on different desktop so one can be quickly selected for use.

Each desktop can be completely customised - each can have it own unique background image, can be run at different resolutions and can even be password protected. Transparency effects and customisable themes make Dexpot a superb looking program, but it is its functionality which really makes it shine. Everything has been thought of here so no matter what you use your computer for, Dexpot should be able to help you make better use of the screen real estate available to you.

Note this is the Portable edition of Dexpot.

Dexpot 1.6.14 is a minor update, with these improvements

A virtual desktop tool with oodles of style