A virtual desktop tool with oodles of style 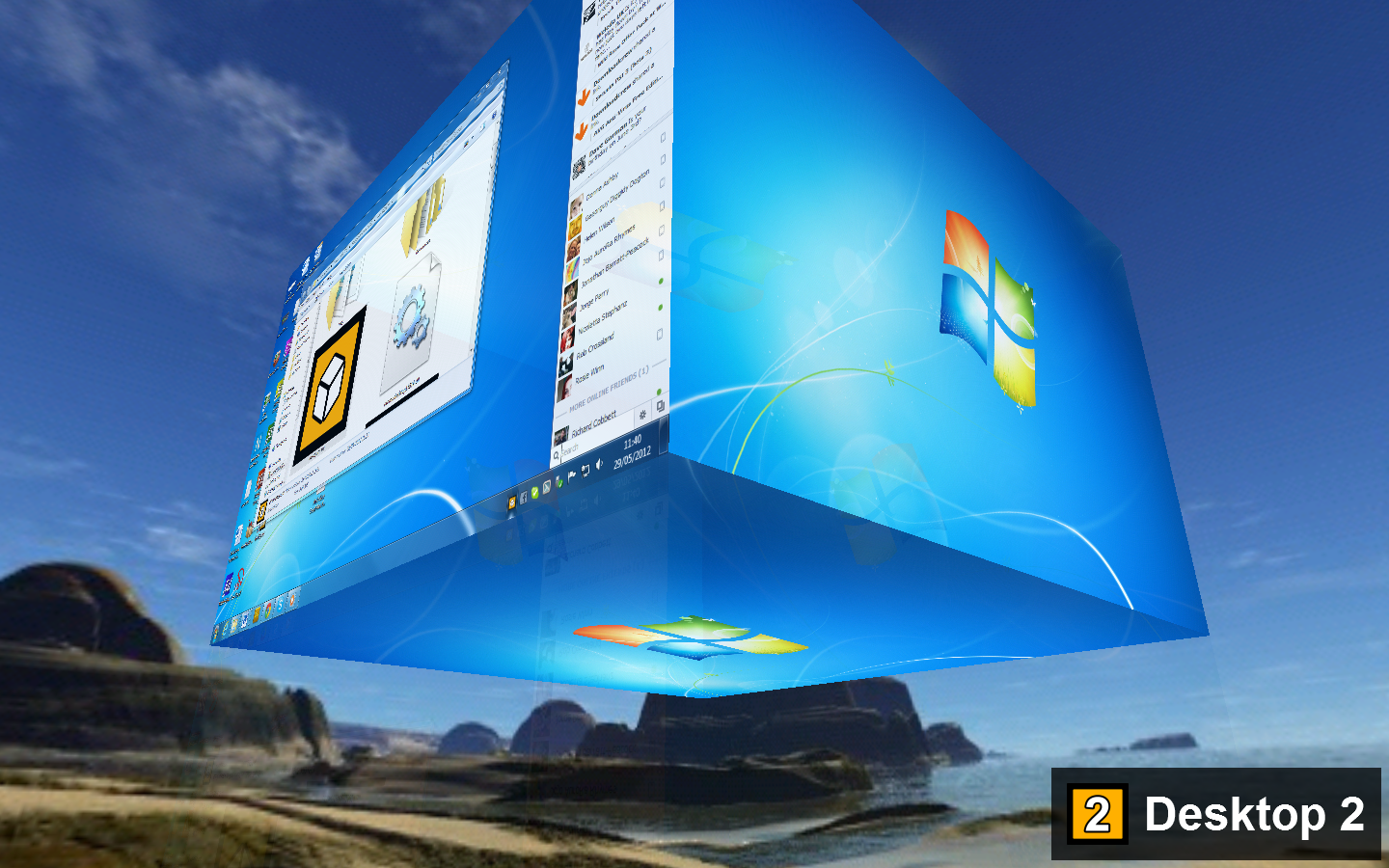 If you find that you’re running short of space on your desktop, there are various ways to make use of the space you have without having to resort to buying a second monitor or a larger screen. There are a number of virtual desktop tools available that provide you with additional desktops that you can use to help reduce clutter and keep things better organized. DeskSpace is one such tool, but it is a little different thanks to its glorious 3D design.

Instead of being based on a flat idea of desktop laid out side by side, DeskSpace enters the third dimension by envisioning your desktop as a cube – obviously this means that you are limited to working with six virtual desktops. If you are on desktop number one, any of the other five desktop is never more than two moves away. Compare this to a linear design in which moving from the first to last desktop could take five moves.

The benefits of multiple desktops are obvious, and the unique way in which DeskSpace approaches an age-old problem is interesting, innovative and extremely good-looking. There are various ways in which you can move between desktops. You can configure keyboard shortcuts for quick switching or make use of the system tray icon. If you want to enjoy the 3D animation, you can use the mouse and keyboard together to scroll around the cube.

The program can be used with up to nine monitors and each of the virtual desktop can be assigned its own background image to aid identification at a glance. In addition to making it possible to move between desktops, the system tray icon can also be used to easily jump between programs. Despite the fancy effects, DeskSpace works just as well on lower powered laptops as it does on high spec desktop machines.

A wonderfully designed virtual desktop tool that works just as you would hope it to.

Positions folder and program windows on your screen to aid workflow