Enjoy hours of retro arcade fun with this entertaining game 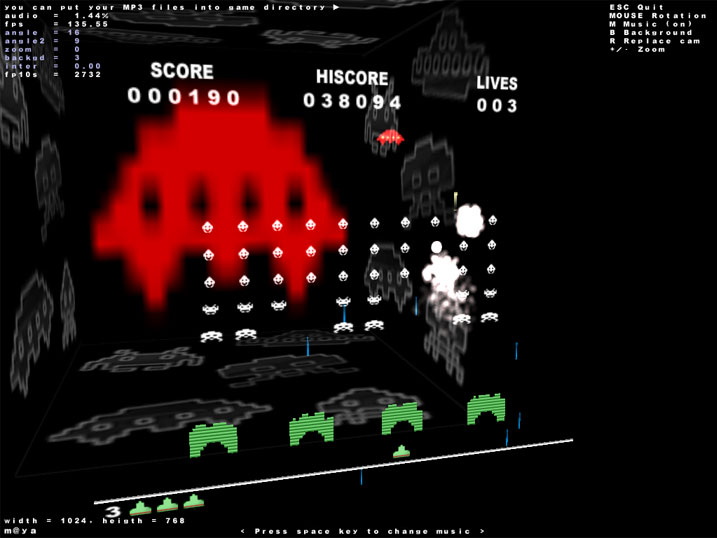 Space Invaders OpenGL is a small but surprisingly entertaining recreation of the classic arcade favourite.

And we do mean small: unzip the download and you're left with a single 662KB executable, nothing else required. There's still a great deal of entertainment value here, though: the program looks good, is super-responsive, has lots of sound effects, and even the soundtrack is impressive.

The game is of course also very straightforward. Launch it, accept the default settings for now, click Start and in a second or two the familiar Space Invaders opening screen will appear. Move your laser cannon from side to side using the cursor keys, press the Ctrl key to fire, and wipe out the approaching enemy before they can reach ground level.

There are also missiles to avoid, power-ups to collect, and if you look top-right you'll see a few keyboard shortcuts which you might find useful, including options to change the background, turn the music on and off, and so on. (Some of these didn't appear to work on our system, but there was nothing that affected the core gameplay.)

Space Invaders OpenGL is still fairly limited, of course: there's not exactly much depth here. It's an entertaining way to spend a few minutes, though, and if you like these old arcade classics then we'd recommend you give it a try.

Short on hard drive space? JDiskReport can usually explain why