Find the product keys for Windows and other applications 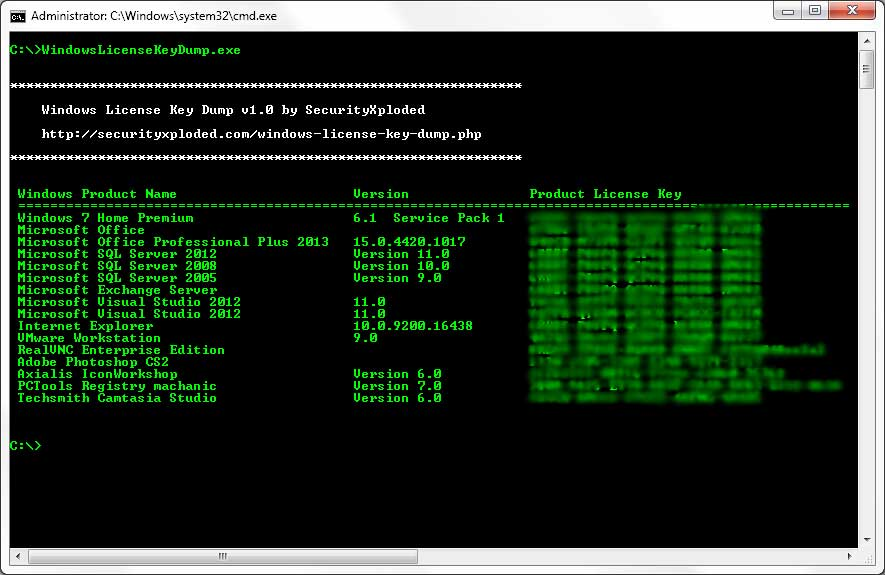 Despite being a command line program, Windows License Key Dump insists on being installed. There is no good technical reason for this, as far as we can see, it's just so that the setup program can ask you to install a couple of toolbars. Pay attention, though, click "Decline" a few times and you'll be safe.

Once the program is installed you can double-click WindowsLicenseDump.exe to view its report, which is a simple list including each product's name, version and licence key. This worked reasonably well for us, although there were a couple of issues. For some reason Internet Explorer is included on the list, with the same product key as Windows; and the report requires more columns than the window normally displays, which means the first part of the licence key is displayed on one line, the rest of it on the next.

It's inconvenient that you have to install the program, but once that's done Windows License Key Dump provides an easy way to retrieve licence keys, and is particularly useful in scripts.

19 November 2013 17:27, Roger
200? I'm only getting serial numbers for four programs, three of them Microsoft's, inlcuding IE. In addtion, the results box doesn't expand horizontally, only vertically, so everything is wrapped.
Related Downloads Other Downloads From This Category

Scan your PC for Windows and various other product keys

Save all your software product keys in a single report