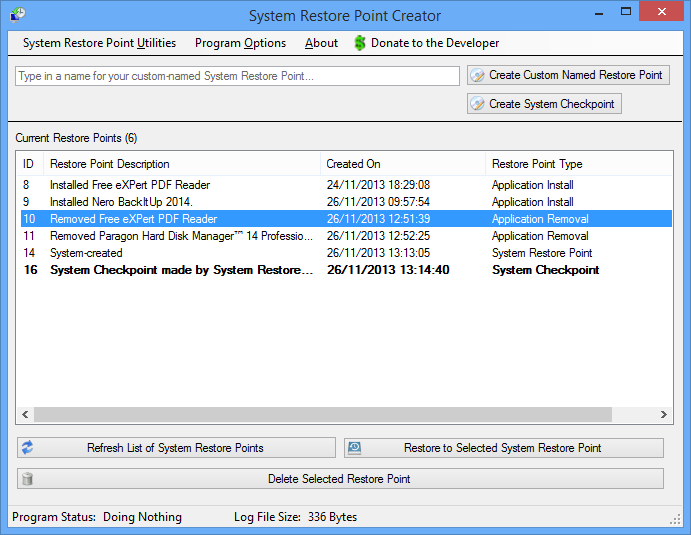 Restore Point Creator is a portable tool which makes it easier to create system restore points.

The program's interface is its first plus point, as it presents everything you need in the same dialog. There's the list of current restore points; the button to create a new restore point; a "restore to selected restore point" option, all just a click away.

You get some extra options, too, like the ability to schedule a restore point to happen whenever you like, selectively delete an individual restore point, or log restore point deletions for review later.

There are drive space management tools, as well; you're able to view the space currently taken by restore points, and reduce or increase it as you choose.

-This is the final release of System Restore Point Creator. This last version is a build combining most of the changes that occurred in the Public Beta Test Branch before I pulled support for this program back in March of 2018. This release does not change the fact that this program is no longer supported.

A well-designed interface simplifies the process of creating and managing your system restore points, and adds some useful extra functions as well.