Capture part of the screen and keep it in view 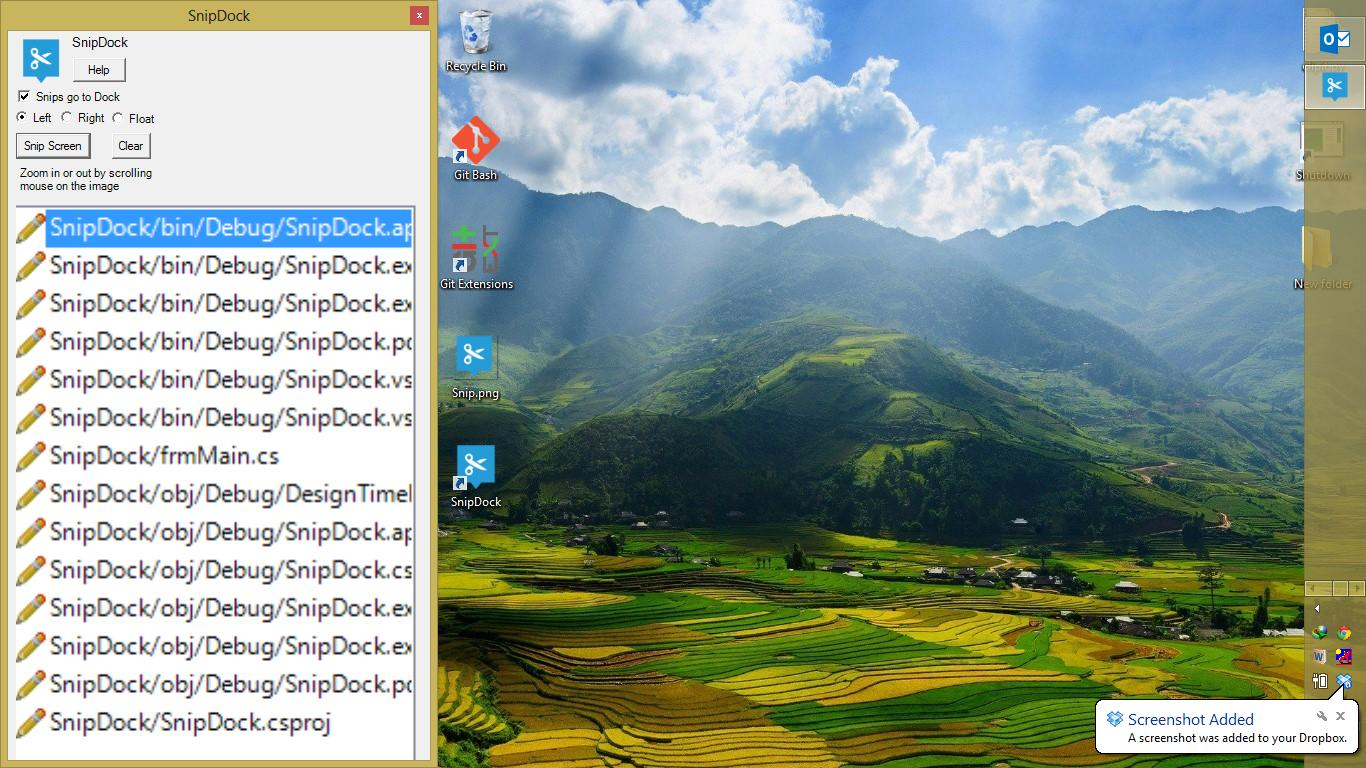 SnipDock is a simple screen capture tool with a twist. Once you've grabbed a part of the screen, this is displayed in a separate pane, which means you can easily refer to it later.

Launch SnipDock and it displays in a pane at the left of your screen. (You can position it to the right, or leave it floating freely with a click.)

Now you're able to return to your original application and continue work, but the capture remains in view, should you need it.

You can take another capture later, in which case it replaces the first. But SnipDock also saves your grabs to the Pictures folder, so accessing older images only takes a moment.

There's a lot wrong with SnipDock. The dock takes up too much space on the screen, and can't be minimised, even temporarily; it only displays the last image, even when there's room for more; you can't capture the screen with a hotkey; the program grabs freehand rectangles only; you can't tell it where to save your captures, or disable saving; there's no direct way to manage your saved captures (list, view, delete).

It's basic and extremely limited right now, but SnipDock's ability to capture part of the screen and display it immediately might be useful.