Explore our universe - and beyond - with this stylish simulator 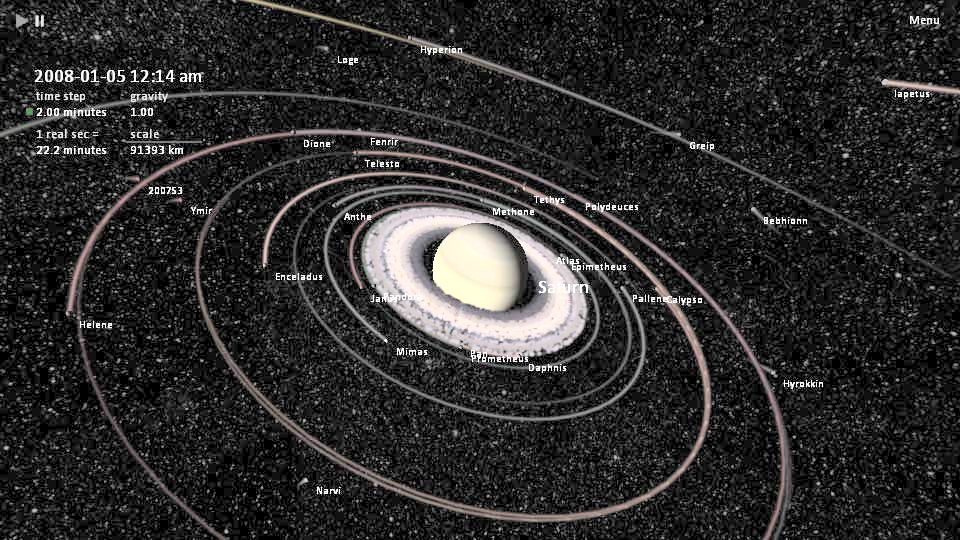 Universe Sandbox Legacy is a physics-based space simulator with some unusual fun extras.

The program works well as an educational tool. Open the "Solar System" simulation, for instance, and you'll see an animated view of our solar system showing all the planets, the moons and their actual orbits.

Clicking near an interesting celestial body displays details like its velocity, mass, diameter, density and more.

It's easy to zoom in and out, or click and drag to move your viewpoint in 3D space.

That's good, but you're not restricted to the Solar System. The program has a lengthy list of other simulations to explore, from relatively local (Saturn and its rings, various planets and their moons), to very distant (distant stars or entire galaxies) and historic (Pioneer, Voyager, Ulysses and other spacecraft as they fly past planets).

Best of all, you can play around with any of this just to see what happens. Add Saturn-like rings to Earth, maybe. Change Mars to the size of the sun. Maybe explode something, and watch how the orbits change.

You only get one hour of playing around like this in the free version, unfortunately, so use it wisely. (That's an hour of manipulating the simulations - you can browse them in a basic way forever.). But Universal Sandbox Premium ($9.95) removes that restriction, and allows you to create simulations as well as open them.

Or, if you're really enthusiastic about the idea, you might prefer Universal Sandbox 2. It's hugely improved in every area - graphics, physics, climate simulation and more - and can be yours for $24.99.

This older version of Universe Sandbox looks a little plain, but there's still plenty of educational space exploration to be had here.

Quickly discover just where all your hard drive space has gone