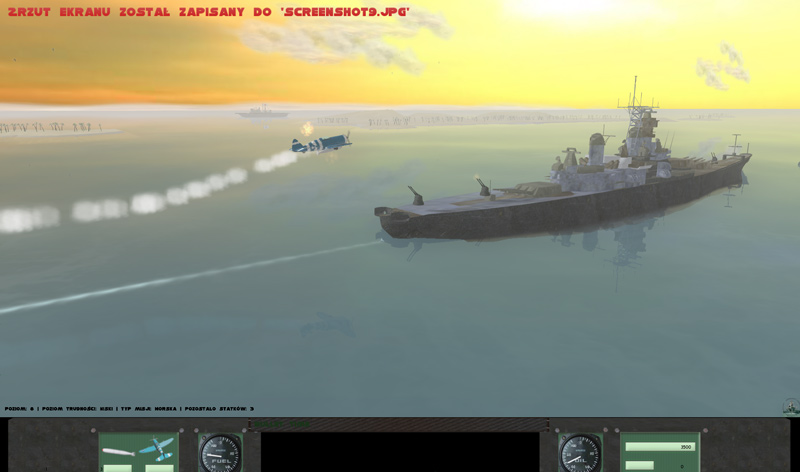 Wings of Fury 2: Return of the Legend is a remake of the classic Amiga game "Wings of Fury", which has been updated with enhanced graphics, special effects and more.

The program gives you the role of an American pilot on board an aircraft carrier in the Pacific during World War 2. And your mission, spread across 15 levels, is to seek out and destroy Japanese bunkers, barracks, ships, planes and more.

There's plenty of variety to keep you entertained. You get a range of mission types, from simple bombing runs, to naval attacks and hectic dogfights. Your plane may be equipped with bombs, rockets or torpedoes, depending on the target, and the different landscapes and enemy units all help to hold your interest.

And because this is more about arcade action than flight simulator-type realism, you get to do all this without having to familiarise yourself with a complicated cockpit. So to start the engine, say, you don't have to browse various buttons and dials: it's just a matter of holding down the "E" key.

Once you're under way, it's then a matter of flying left or right until you reach your target. Which sounds a little basic, but a 3D element makes it more interesting than the usual scrolling arcade games, and overall there's plenty of fun to be had here.

Please note, there's also an "enhanced" version available which removes the ads, and includes more planes, new levels, extra enemy structures, and more. It's yours simply for donating to the project - no matter what the amount - and you can find out more at the Wings of Fury 2 site.