The most silent PC package installer ever 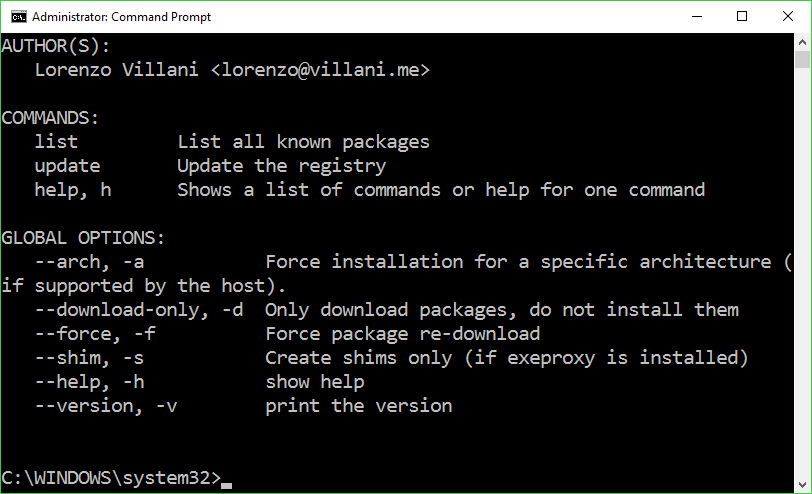 Just-install is an ultra-lightweight package manager for Windows.

The console-based program essentially just downloads and runs the latest setup program for the applications you specify. If you need to equip a PC with 7-Zip, Gimp and 7-Zip, for instance, all you need to do is run a batch file like this, as an administrator:

There are 120+ other packages supported, including CCleaner, Dropbox, Flash, Chrome, LibreOffice, Skype, Steam and more. Entering just-install list displays everything, and it's also possible to download either the 32 or 64-bit version of an application (just-install -a x86 something).

Beware: just-install is so quiet and lightweight that even its own installer doesn't seem to have an interface: run it and the program disappears, without doing anything obvious at all. But check the Control Panel "Programs" applet and you'll see it's been installed.

The other complication is that if you don't run just-install from an elevated command prompt, it doesn't detect this, warn you or do anything else useful. Instead it just displayed the same command over and over again on our test PC, until we closed the console manually.

Just-install is relatively basic, as its name suggests: the program downloads and silently installs applications, but doesn't bother checking for updates or anything else. Still, it's easy to use, and about as unobtrusive as a program can get, and if you want an installer that won't get in your way then it's worth a try.