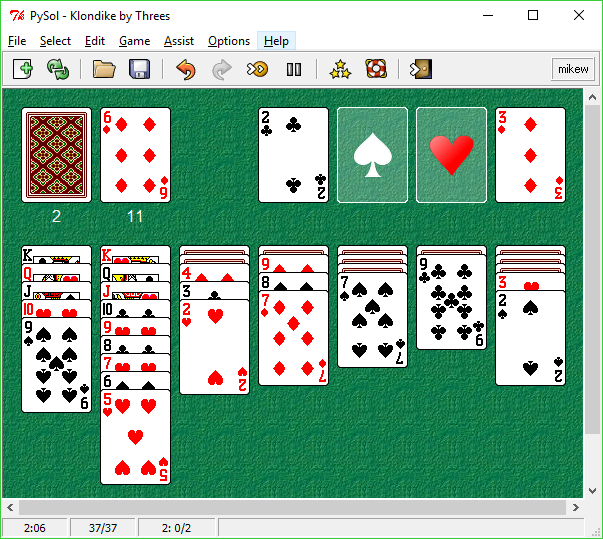 You don't have to be an expert card player to get something from the package. Clicking Select > All Games > Klondike by Threes essentially gets you the regular Windows game, but with customisations available for the cards, animations, sound, mouse actions, hint levels and more.

If you're interested, there's much more. The developer explains: "There are games that use the 52 card International Pattern deck, games for the 78 card Tarock deck, eight and ten suit Ganjifa games, Hanafuda games, Matrix games, Mahjongg games, and games for an original hexadecimal-based deck."

Whatever you're playing, supporting features include unlimited undo, player statistics, bookmarks and more.

It's not been updated since 2009/ 2010, but PySol Fan Club edition is still a great solitaire package, fun to play and hugely configurable.