A straightforward currency converter that will save you time and money 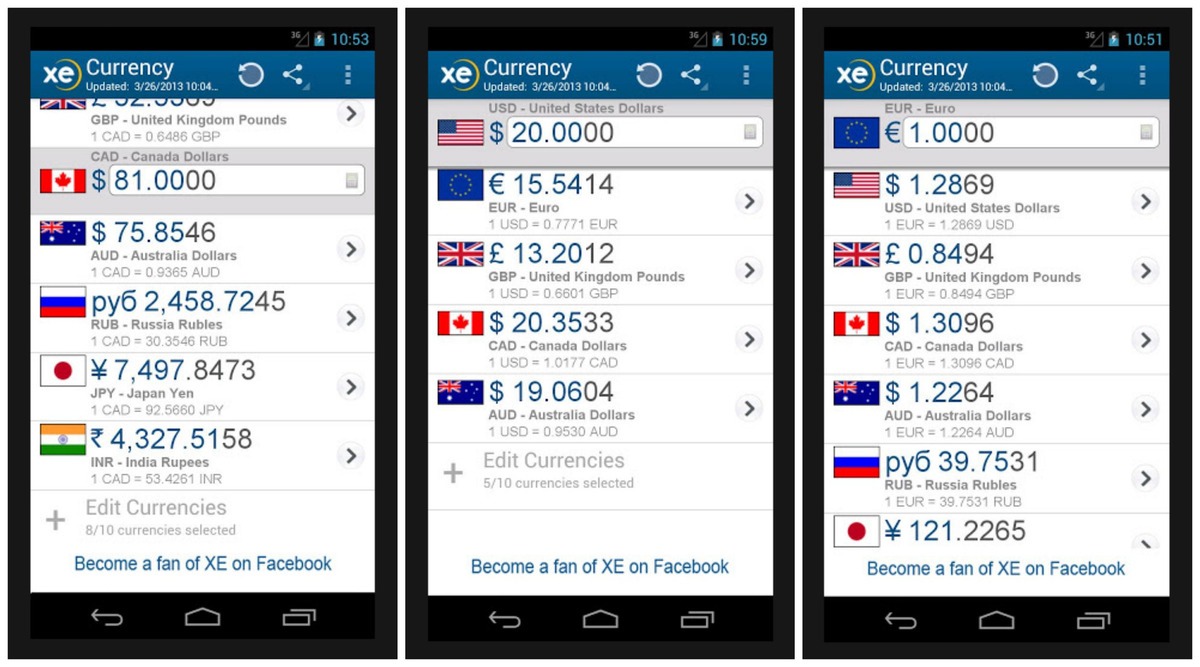 One of the biggest pitfalls when travelling is how much your currency is worth compared to the place you’re visiting. Without keeping a careful watch on your rupees, pennies and so on, you could end up spending a fortune without even knowing it. XE Currency Converter will put a stop to this. It’s fast and straightforward, and if it’s connected to the internet, will return the most up-to-the-minute results and ensure you get the most for your money.

As you expect, XE Currency Converter covers all currencies from around the world. It’s slick design is easily customisable so you can see instantly see how your British Pounds convert to Emirati Dirhams and so much more, for example. Just drag and drop your chosen currency at the top, line-up the currencies you want to know the value of below and you get a summary There’s a nice little calculator built-in, which is handy if you’re on a budget and want to plan how much money to spend each day. It also goes without saying that the app is a real money saver when it comes haggling over prices in a foreign country.

It’s slick design is easily customisable so you can see instantly see how your British Pounds convert to Emirati Dirhams and so much more, for example.

Another great feature is the ability to quickly send conversions to your friends or family through several ways such as text, email and WhatsApp. XE Currency Converter is incredibly simple to navigate and provides instant clarity on any currency queries you’ll have on-the-go.

Accessibility is something we strongly believe in.
For this update, we’ve added VoiceOver capabilities for the visually impaired.
You can also now view currency charts on your Apple watch!
Of course, we also did some bug fixes for a smoother experience.

It’s the perfect app for keeping a handle on your expenditure and for getting the most accurate conversions possible, which takes the anxiety out of purchases.

Hopper helps you decide where and when to go on holiday for a price within your budget!

Order a black-cab driver via your phone

Quickly convert between different currencies on your Apple device

App that will save you money on your travels

Find the easiest way across your city

Keep track of your finances with your iPhone or iPad