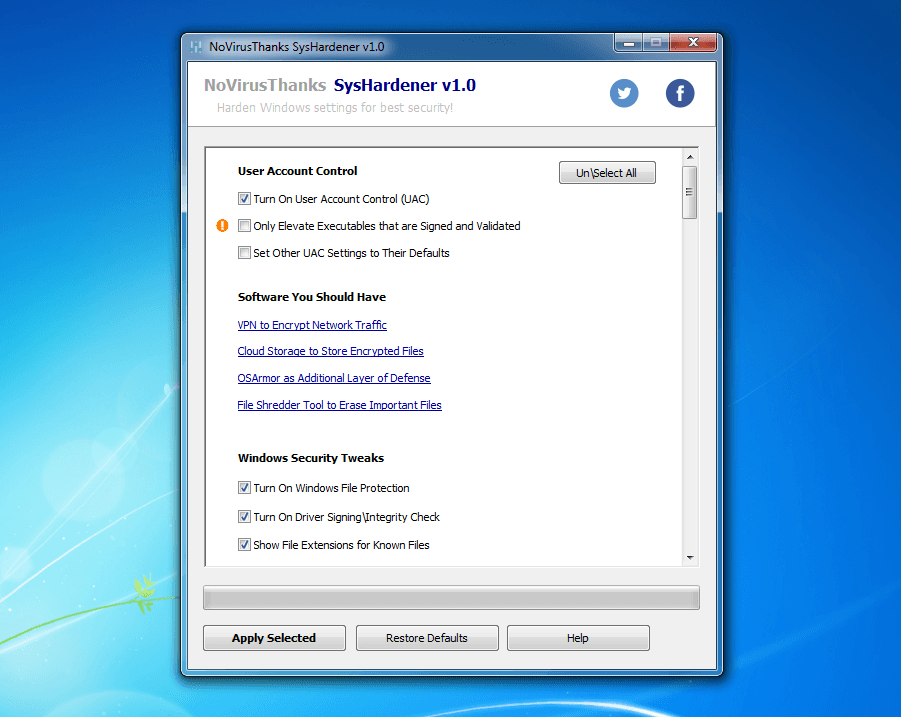 Hackers and developers of malicious software are always looking for new ways to gain access to your computer via flaws in an operating system or third-party software. Your security software will always try and pro-actively stop a threat, but you can lock down your security from Windows to be even more safe and secure.

SysHardener is a tool which enables you to quickly see the security which ships by default with any Windows installation. Always remember, Windows has to find a middle ground between safety and application compromise, so they can work successfully One example is the geolocation service, which is switched on by default (as it's required by certain installed apps) but some users might not want applications to know where they are located. With SysHardener, you can turn this service and make it unavailable (meaning no apps can then use geolocation).

If there's something either in use or that SysHardener thinks you shouldn't switch off in a rush, you'll notice a small exclamation mark to the left. Hold your mouse over this to read the warning with this function.

We'll also admit that this tool is somewhat aimed at advanced users. A number of the options will be difficult for the average user to understand and there's absolutely no help provided, apart from the above warnings.

Great tool for bringing together a number of advanced Windows security functions, but not for a beginner or novice user.