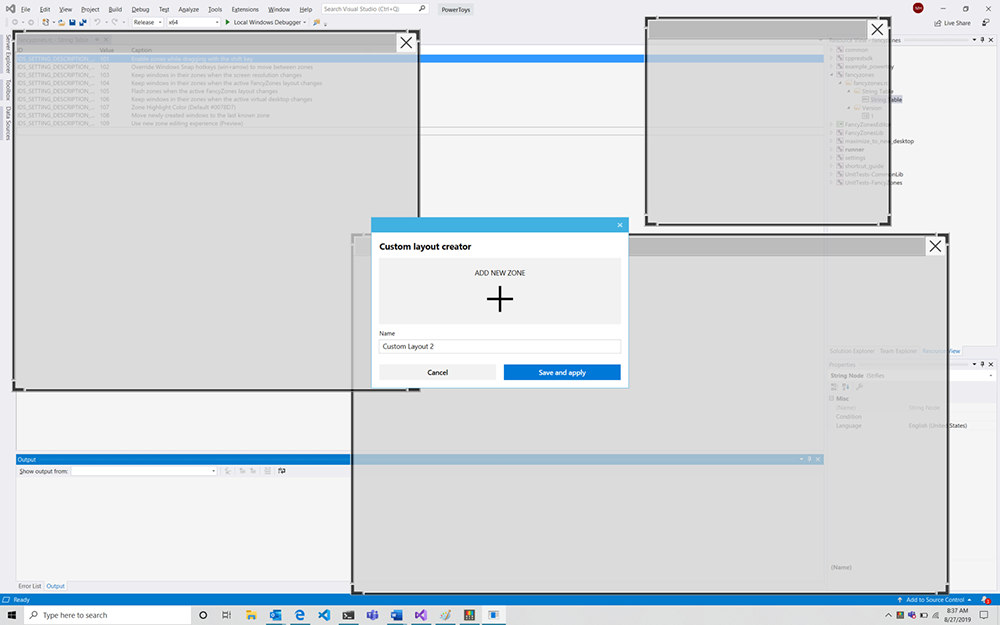 Back in the Windows 95 era, there was a hugely popular project which was called 'PowerToys' and consisted of a number of official tweaking tools to get the most from your operating system.

Microsoft has officially brought PowerToys back from Windows 10 and think of this release as an early preview. Why? There are three toys available.

The first is Shortcut Guide. This is a rather simple tool, frankly. All it does is enable you to show an overlay of available keyboard shortcuts. What Shortcut Guide enables you to do is to limit the time before the overlay appears on screen and the amount of opacity (how much of your desktop you can see behind the guide).

FancyZones enables you to arrange and snap windows in to a configuration which suits your productivity. You can create multiple zones, align vertically or horizontally, create differently sized zones and much more. You can then configure the shortcuts, highlight colors and more.

PowerRename is the final tool and is a Windows Shell Extension for advanced bulk renaming. Simply search for expressions and use replace to switch them out.

And that's about it. But don't worry, PowerToys is a community project, so expect to see third-party developers step up and add their own tools in future.

The first version is rather toys-limited, but with the community on board expect to see a wider selection of tools in the future.

- Fixed an issue causing a bug report to not be generated for some users, due to trying to include logs from a folder that might not exist yet.
- Fixed an issue that made Quick Accent cause Keyboard Manager to not work correctly.
- Added more resilient exit code for background C# processes which were causing crashes being reported when upgrading PowerToys or the .NET runtimes.