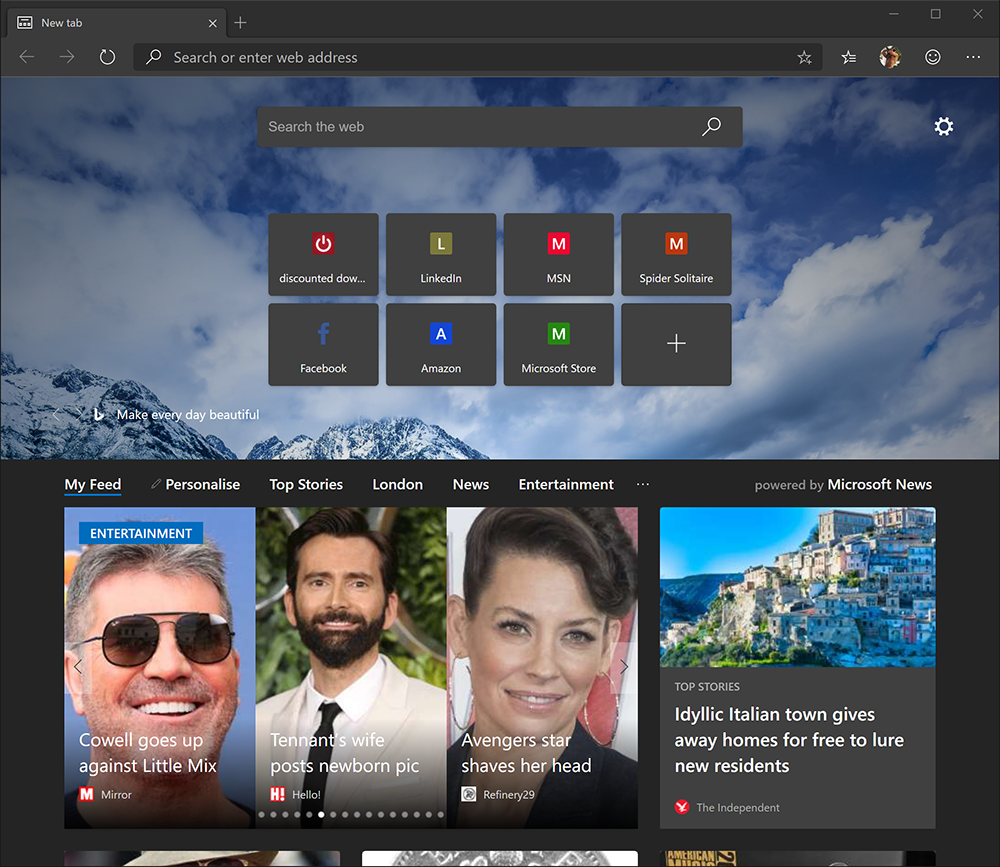 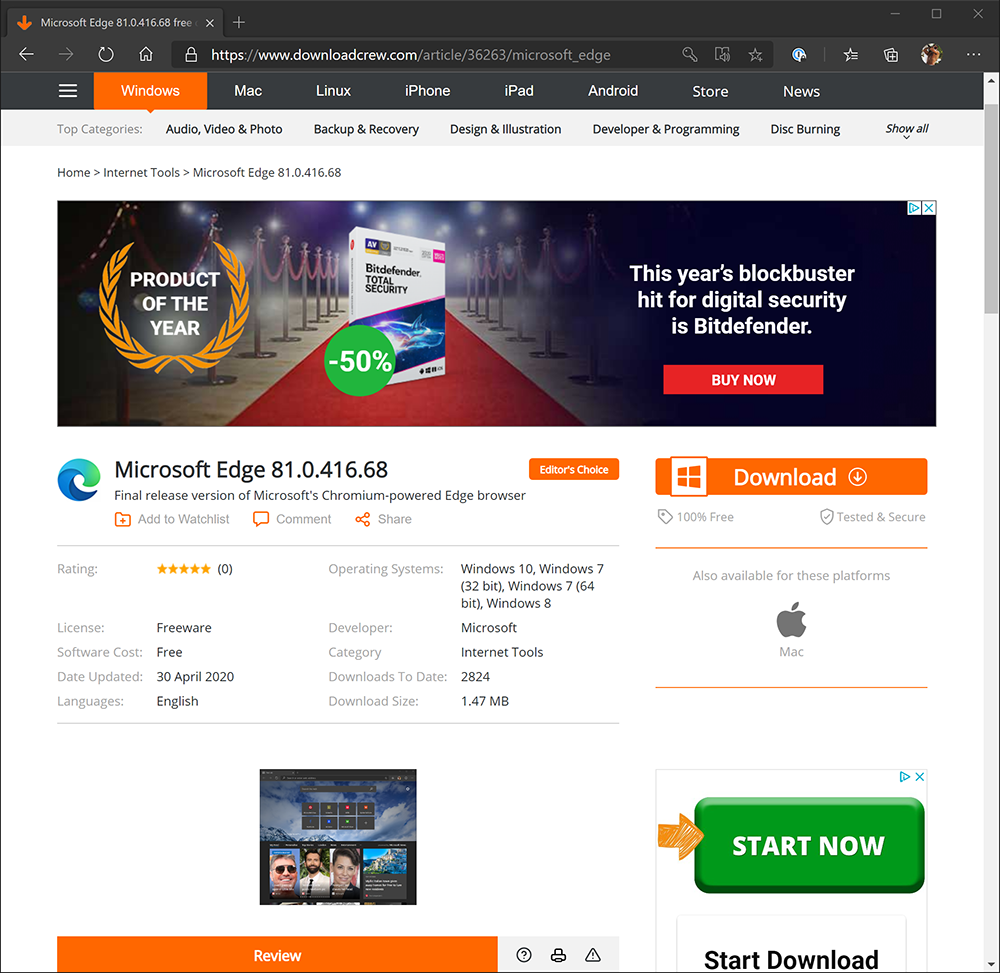 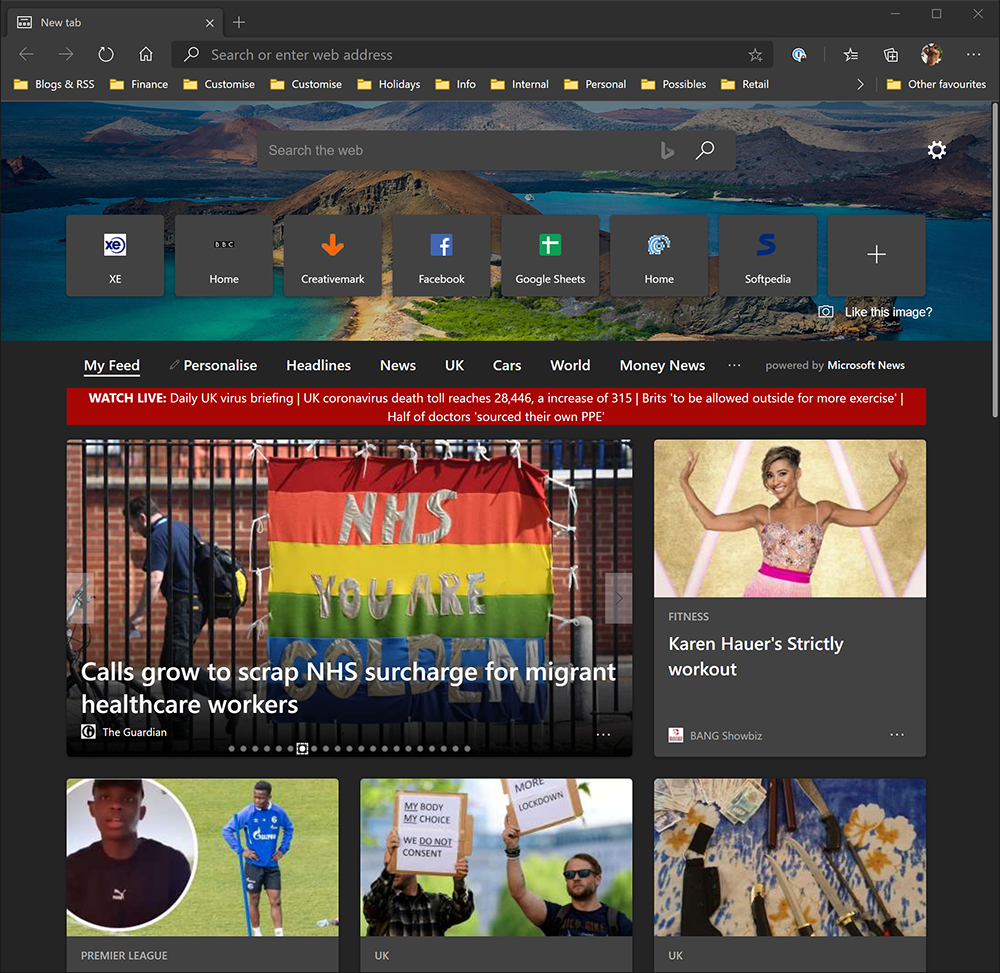 Edge is the release version of this new browser. Unlike Chrome, Microsoft has deployed their own account system which will eventually synchronise your data including favourites, extensions, themes and browsing history. Right now, only your favourites are synchronised.

Edge will now replace the old 'Edge' on Windows 10.

03 May 2020 16:50, Waldo Shelley
Related Downloads Other Downloads From This Category