Bring old versions of the Start menu to Windows 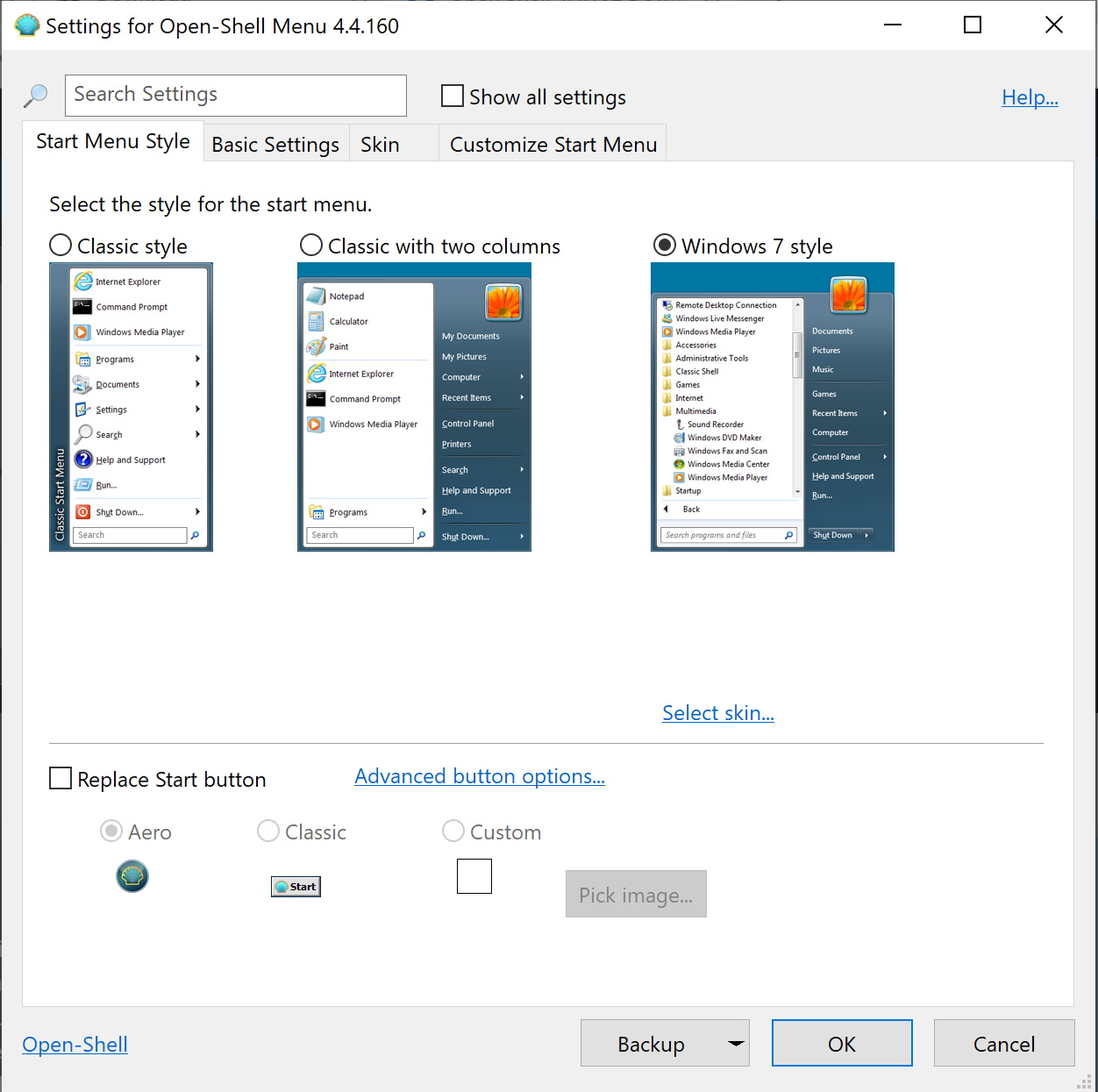 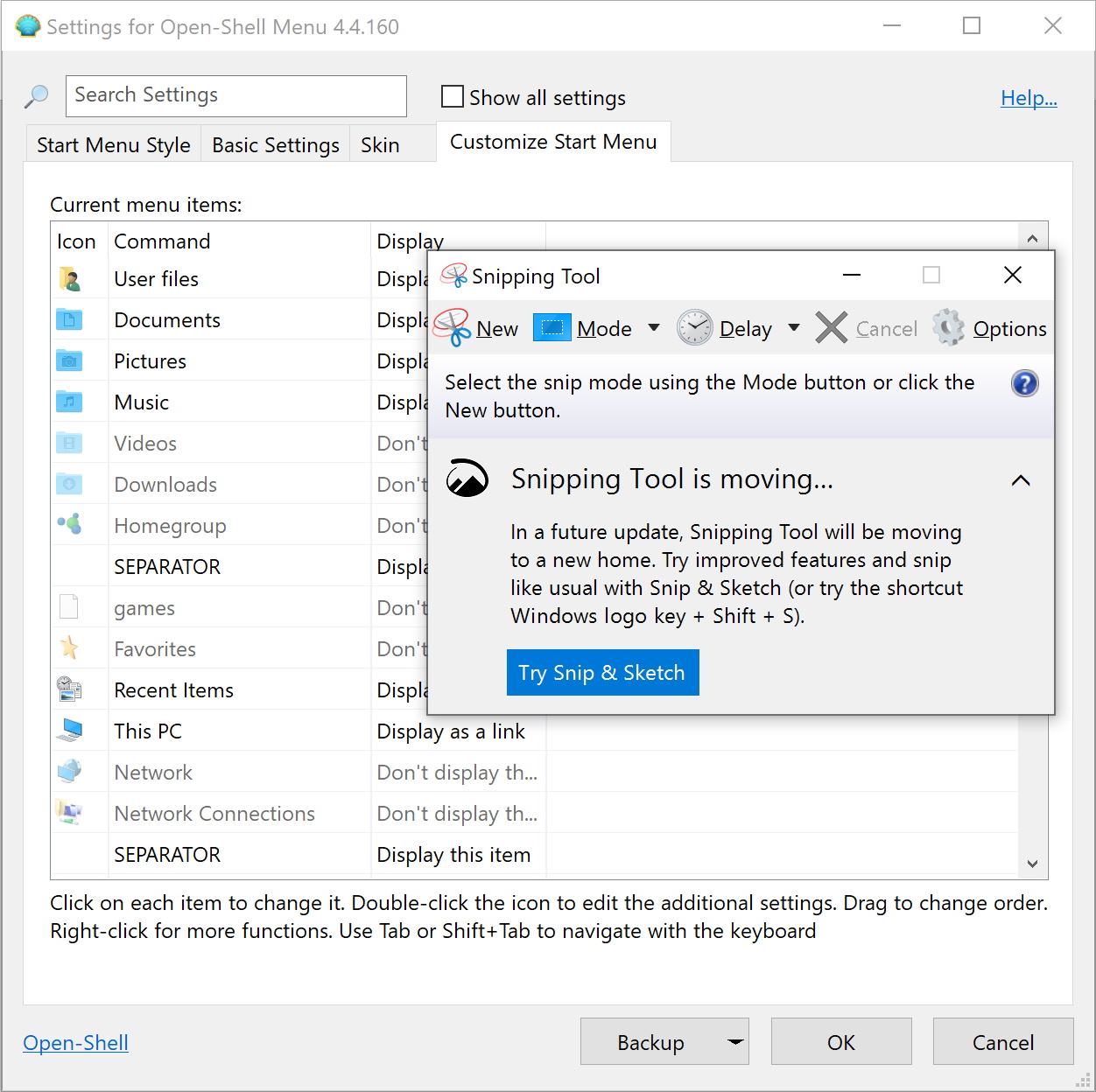 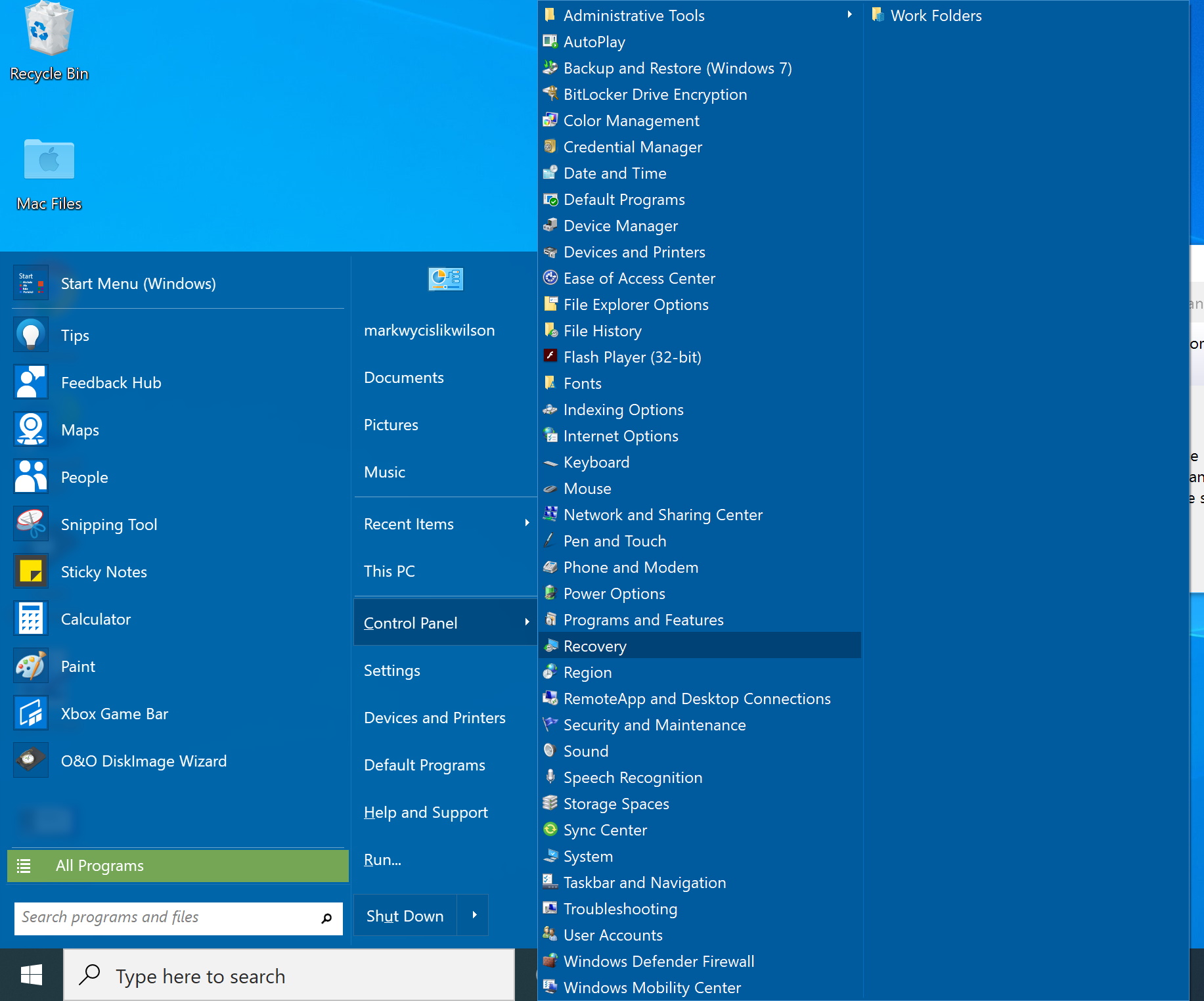 Progress is undeniably a good thing, but not everyone is a fan of change. While Windows 10 has now been with us for several years, there are still some users who have not become used to the changes Microsoft introduced – such as the redesigned Start menu. If you're someone who preferred the classic look of the Start menu in Windows, Open Shell is an open source tool that helps you bring it to Windows 10* (*and Windows 11, although compatibility isn't guaranteed).

The app is also referred to as Open Shell Menu, and it might appear familiar the first time you load it up. That's because the software used to be called Classic Shell, the tool developed by Ivo Beltchev.

The program includes a number of important options that will be enjoyed by anyone who is a fan of tweaking and customizing the look of their computer. Not only can you choose between three different style of Start menu from the past – classic style, classic two-column style, or Windows 7 style – you can also change the appearance of the Start button itself.

On top of this you can also personalise the Start menu by adding or removing different links and elements, and also gain new features in Explorer such as showing file sizes in the status bar.

If you're still running Windows 7, you can enjoy the classic copying animation and interface from even older versions of Windows. If you have decided to stick with a vintage version of Windows and opt to use Internet Explorer, Open Shell gives you options for customising the title bar and status bar text.

A highly enjoyable trip down memory lane, Open Shell is an exercise in nostalgia for Windows 10 users, and a useful tweaking tool for anyone using an older version of Windows. The fact that it is free and open source is to be welcomed.